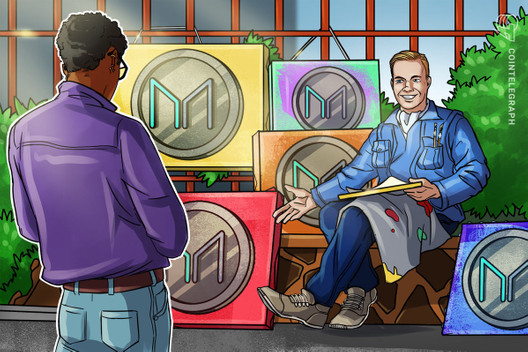 The first MakerDAO debt auction is underway, and is expected to last anywhere between six and 72 hours. Despite the imminent dilution of Maker tokens, they are currently gaining in value.

The first lot became available at 10:38 EST on March 19, and just over one hour into the auction, a further nine of the 100 expected total lots had been released.

Sales at this auction take a reverse-auction format, with a fixed bidding amount of 50,000 DAI placed for an initial lot of 250 MKR tokens. Bidders can then lower the amount of MKR that they would be prepared to accept for the bid, but with a minimum decrease of 3%.

Time to bag a bargain?

With the value of a single DAI pegged to the US dollar, and MKR currently priced at around $265, winning an auction lot with an opening bid would net around $66,250 worth of MKR for $50,000 worth of DAI. But all of the lots so far have seen at least one lower bid shortly following their release.

A break-even lot would currently be around 190 MKR at a price of $265, although the minting of that sold MKR will dilute the supply and likely put downward pressure on the price by the end of the auction. But MKR price has actually risen since the auction began, up $20 from an initial $245.

The majority of the bidding action is expected to occur toward the end of the auction. Keep reading Cointelegraph for further updates.