Majority of TON Investors Reportedly Choose to Quit for 72% Refund 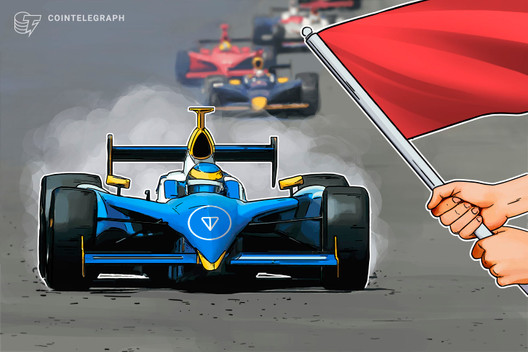 Only few TON investors reportedly want to support Telegram and wait for a 110% refund until April 2021 after TON’s official termination, a new report says.

On May 12, Telegram officially terminated its involvement in its planned blockchain project, the Telegram Open Network, and its corresponding GRAM token. Apparently ending its long-running legal battle with the United States’ regulators, Telegram still needs to sort out $1.7 billion raised in an initial coin offering, or ICO, in 2018.

Major $70 million investor is preparing to quit with 72%

According to a May 16 report by Forbes Russia, the majority of TON investors purportedly decided to get their money back as soon as possible, choosing the 72% option. Disruptive Era Fund, one of the biggest TON investors, reportedly said that over 80% of the fund investors are preparing to withdraw from the project and get the refund.

Disruptive Era Fund, which reportedly invested more than $70 million, added that apparently the majority of TON investors decided to choose this option. The decisions have not yet been finalized though, a fund’s spokesperson told Forbes.

Investors opt to quit due to concerns over potential lawsuits from the U.S.

A number of other TON investors have also opted for an immediate refund option. Egor Vinogradov, CEO of Sun Crypto Management, reportedly said that “everyone” in his circle have decided to take 72%.

As reported, some investors have already received their reimbursement to date. Anatoly Knyazev, executive director of the investment firm Exante and TON investor, reportedly revealed that Telegram has already reimbursed 72% of their investment.

Knyazev added that Telegram did not try to force TON investors to stay in the project. He noted that the decision is mainly based on concerns over potential lawsuits from U.S. investors.

According to Forbes’ data, American investors accounted for $424.5 million in TON’s $1.7 billion ICO. Total number of TON investors amounted to 175 entities, with 39 investors coming from the U.S.. As reported by Cointelegraph, American TON investors are not eligible for the 110% reimbursement option. This is due to “uncertain stance by regulatory authorities in the United States.”

Some TON investors haven’t decided yet

While the majority of TON investors are apparently preparing to quit with a 75% refund, some investors have not made their decision so far. David Yakobashvili, a co-founder of Wimm-Bill-Dann Foods, invested $60 million. He reportedly has said that he is still negotiating loan opportunities with Telegram, despite the formal May 15 deadline.

There are still some investors that want to support Telegram and wait for a 110% refund in April 2021. Sergey Solonin, co-founder of the Qiwi group and TON investor to the tune of $17 million, decided to reissue his investment as a loan to Telegram, Cointelegraph reported on May 16.