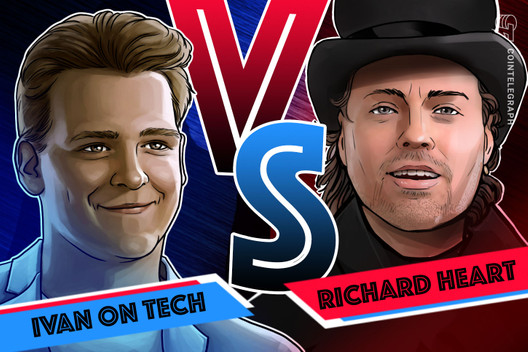 Ivan On Tech debate HEX founder Richard Heart on cryptocurrency fundamentals versus “pumpamentals,” how to spot a crypto scam and Bitcoin investment strategies.

Ivan concedes that Richard might have misled investors by promising HEX will be the fastest appreciating asset in human history. However, he refrains from calling the cryptocurrency an outright scam:

“All in all, possibly a bad project, but a scam? I don’t think so.”

Richard, on the other hand, denies any wrongdoing and points to HEX’s “pumpamentals”, meaning the feature which will supposedly allow his cryptocurrency to outperform Bitcoin:

“Prices dropping 95% is not enough to define something a scam. Bitcoin dropped 85% [...] The question is if it's getting back up.”

The two also clashed on the significance of Bitcoin’s hashrate reaching an all-time high on March 1. Ivan acknowledged the key importance of hash rate in providing security to the Bitcoin network, saying:

“Hashrate is net positive [...] the more hashrate, the more investment, the more activity on the network”

“People pretend the hashrate protects the coin and makes it more secure while all the problems the coin has ever had come from software bugs and hashrate has nothing to do with software bugs.”

The two also debated the best way to spot a crypto scam, the effectiveness of Dollar Cost Averaging Bitcoin as well as other investment strategies.

For more debates with most influential people in crypto, don’t forget to subscribe to Cointelegraph’s Youtube channel!