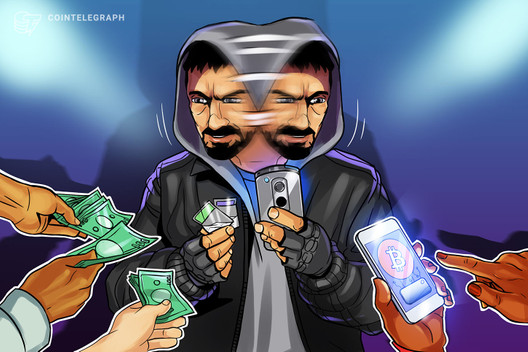 Accused Irish drug trafficker Clifton Collins has ostensibly lost the keys for his $56 million worth BTC accounts earlier confiscated by the police.

Dubliner Clifton Collins, who was recently imprisoned for drug trafficking, claims that robbers took the keys to the $56 million in Bitcoin (BTC) Irish High Court had ruled should be confiscated.

After obtaining more than 6,000 BTC by 2017, Collins decided to insure himself against hackers by distributing the cryptocurrency across 12 newly created accounts. Thus, he transferred 500 BTC into each of them, the Irish Times reported on Feb. 21. As of press time, that would leave each wallet worth roughly $4.87 million.

A punishment for his own stupidity?

Collins then printed out the keys for all of his 12 BTC accounts onto a piece of paper, which he says he stored in an aluminium cap of his fishing rod case. This he stored in a house which he rented in County Galway, Ireland. However, when he was arrested for cannabis trafficking in 2017, there purportedly was a housebreaking at the place.

Moreover, the landlord requested to clear the house and throw away many of Collins’s items. The dump workers confirmed to the police that they had seen discarded fishing rod, however the dump was further shipped to Germany and China. The fishing rod containing the keys for Collin’s BTC account has ostensibly not been ever found.

Worth noting, a number of purported witnesses — including those who cleared the house, the landlord and those who helped Collins distribute his BTC across the new accounts — told the police the same details about what happened to the rented house and the fishing rod.

Collins took the news about the loss in his stride, saying that it was a punishment for his own stupidity.

So easy to lose, so hard to safe

The cryptocurrency world has witnessed an array of cases with lost codes to users’ digital wallets. Infamous Canadian crypto exchange QuadrigaCX lost the keys for cold wallets holding $145 million in digital assets. The exchange’s founder Gerry Cotten, who was purportedly the sole controller of the wallets and corresponding keys, passed away suddenly on a trip to India. Following his death, neither officials, Cotten’s wife nor the court-ordered monitor — Big Four audit company Ernst & Young — have been able to locate the keys.

Self-proclaimed Bitcoin creator, Craig Wright, has been the defendant in a lawsuit filed on behalf of the estate of Dave Kleiman, Wright’s late business partner, ever since 2018. The claim alleged that following Kleiman’s death in 2013, Wright unlawfully appropriated more than a million BTC that the duo had mined jointly in the early years of the cryptocurrency, as well as some related intellectual property.

Eventually, Wright claimed that he did not have a key for the list of the BTC addresses that held deposited funds in an encrypted file.