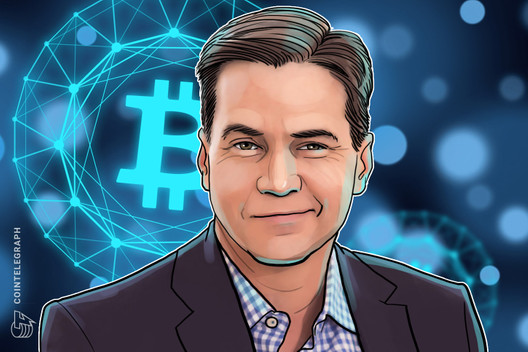 In an interview with Cointelegraph, Craig Wright still claims to be confident that he will get access to the Bitcoin fortune locked up with the Tulip Trust.

Speaking with Cointelegraph’s video team on Jan. 20, Satoshi-claimant Craig Wright remained confident that he will get access to the Bitcoin fortune he famously claims to be locked up in the Tulip Trust.

Regarding the controversial Tulip Trust, and his ultimate ability to access his reported bitcoin fortune, Wright told Cointelegraph:

Craig Wright is one of the more famous of the many people to claim to be Satoshi Nakamoto, the pseudonymous author (or authors) of Bitcoin’s 2008 whitepaper. Since February 2018, Wright has been locked in a court battle with the estate of David Kleiman, his deceased former partner. The case hinges on a fortune of a million Bitcoin — worth roughly $8 billion at press time.

Whether or not Wright can even access this fortune is a major sticking point of this case. This was most recently evident in major price fluctuations for Wright-promoted Bitcoin SV, which dropped by 18% on Jan. 18 upon news that documents Wright filed with the court contained keys, but only public keys. The private keys, he maintains, are still in the hands of the trust.

Wright said that he formed the trust “back when Bitcoin was not worth anything at all” as a prescient move to secure his prospective assets. When asked why he himself is not one of the trustees, he said:

“Because I’m smart enough not to be. Because then people could force me to actually move coins. You can take things from trustees. If it was mine, people could have seized assets from me.”

The convoluted script of the Kleiman v. Wright case has been followed by extreme turbulence in Bitcoin SV price. Wright was dismissive on the subject of the present market, calling it “basically a regurgitation of every stupid thing that’s happened.”

Check back with Cointelegraph tomorrow to watch the full interview.