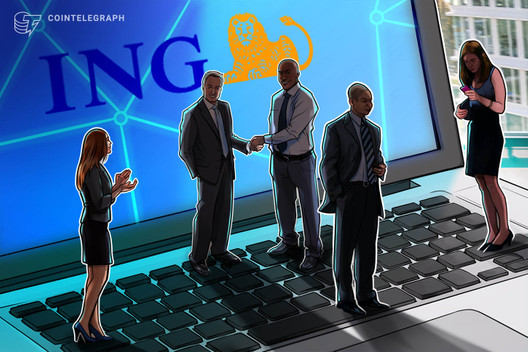 Cointelegraph spoke to Nick Short, COO of Hqlax about ING’s undisclosed investment into the platform and firm’s plans for 2020.

Short describes ING as one of the company’s “longest-standing strategic partners,” emphasizing that the two firms have collaborated in developing and testing Hqlax’s tokenized securities platform for over two years.

The two companies first partnered in 2017, with Hqlax launching an initiative to “develop DLT-driven solutions for more efficient and cost-effective liquidity management and collateral management in the global securities financing markets” alongside enterprise blockchain firm R3 and five banks including ING.

The Hqlax platform went live during December 2019, with ING’s blockchain team developing the initial version of the application.

The platform enables investors to redistribute collateral by exchanging ownership of tokenized securities on Corda’s blockchain without requiring the movement of the underlying assets.

Short indicated that Hqlax plans to exclusively target institutional clients, stating that they have no current plans for the retail market, adding that, “We remain focused on the many opportunities that we see to enable frictionless ownership transfers of assets for institutions.”

Hqlax to onboard more banks during 2020

Looking to the rest of 2020, Short states that Hqlax is currently onboarding Commerzbank, Credit Suisse, UBS, and several other financial institutions onto the platform.

The company also plans to add more custody locations starting with J.P. Morgan, which Short states “is in the process of becoming the third tri-party agent in the Hqlax operating model, alongside Clearstream Banking S.A. and Euroclear Bank.”

Short also said that Hqlax will look to expand its products to address specific “pain points” in the securities lending markets, including collateral upgrade and downgrade transactions, digital collateral re-use, and intraday trading.