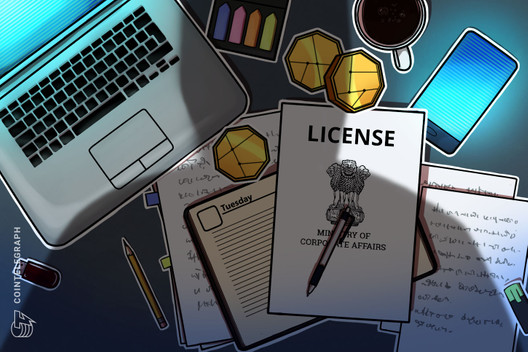 India’s Minister of Corporate Affairs has revealed that only two cryptocurrency companies have apparently registered with the ministry.

A filing submitted in the lower house of India’s parliament — the Lok Sabha — has revealed an investigation into fraudulent practices by so-called “bit coin companies” operating in the country.

An official question was submitted by center-left parliamentarian Mohammed Faizal and was answered by Minister of State for Finance and Corporate Affairs Anurag Thakur on March 16.

Faizal asked the Minister of Corporate Affairs three questions relating to cryptocurrency companies in India. Firstly, he asked if the government is aware of an increasing number of reports alleging “cheating and fraudulent practices by bit coin companies.”

He also asked if said crypto firms “are repeatedly violating rules laid out by the Corporate Affairs Ministry by not filing annual balance sheets,” lastly requesting details concerning any action taken against the offending companies.

Only two crypto companies are apparently on the Registrar of Companies

In response, Minister Thakur confirmed that the crypto companies alluded to by Faizal “are not defined under the Companies Act.”

He also notes that only two companies operating with Bitcoin (BTC) have registered with the Ministry of Corporate Affairs’ Registrar of Companies — Zeb IT Services and Unocoin Technologies.

Further, Thakur notes that “prosecutions have been filed for violations under various provisions of the Companies Act” against Zeb IT previously, adding that the firm is currently “under liquidation.”

The corporate affairs minister states that Unocoin is up to date in its filings, adding that the ministry has not received any complaints pertaining to Unocoin.

Within 24 hours of the ruling Unocoin had resumed fiat deposit services, alongside OKEx partner Coindcx and the Binance-owned Wazirx — despite Thakur’s comments indicating that neither exchange is registered with the corporate affairs ministry.

On March 5, Kraken announced plans to expand its presence in the Indian crypto market. KuCoin also expressed an interest in entering India on March 17.

Despite the recent optimism, the future of India’s cryptocurrency industry is still uncertain.

India’s parliament is still yet to rule on the “Banning of Cryptocurrency and Regulation of Official Digital Currency Bill" from 2019, while the RBI is planning to appeal to the Supreme Court’s revocation of the ban.