For many, India is a country with a lot of untapped potential, a country that can truly launch the crypto-space to the stratosphere. However, many hurdles stand in the way of these dreams becoming a reality. These hurdles were recently highlighted by a survey reporting the sentiments of investors in India, a survey done by CoinDCX, one of India’s biggest crypto-exchanges.

According to a press release received by AMBCrypto, the report revealed that the lack of easy and seamless investment options was a major concern for potential crypto-investors in the country.

While this finding highlighted the nascent stage of crypto-development in the country, wider adoption amongst its incredibly large population of 1.3 billion may have a significant impact on worldwide crypto-market participation.

It should be noted, however, that after the Supreme Court’s judgment in March to lift the banking ban on cryptocurrencies, India’s crypto-industry has witnessed a huge influx of crypto-demand from investors.

According to a majority of the survey respondents, the average profile of a crypto-investor in India includes an individual between the age group of 25-35 from relatively well-educated backgrounds.

Despite their level of education, however, 72% of the respondents felt that a lack of knowledge and awareness was the biggest challenge facing them entering the crypto-market. 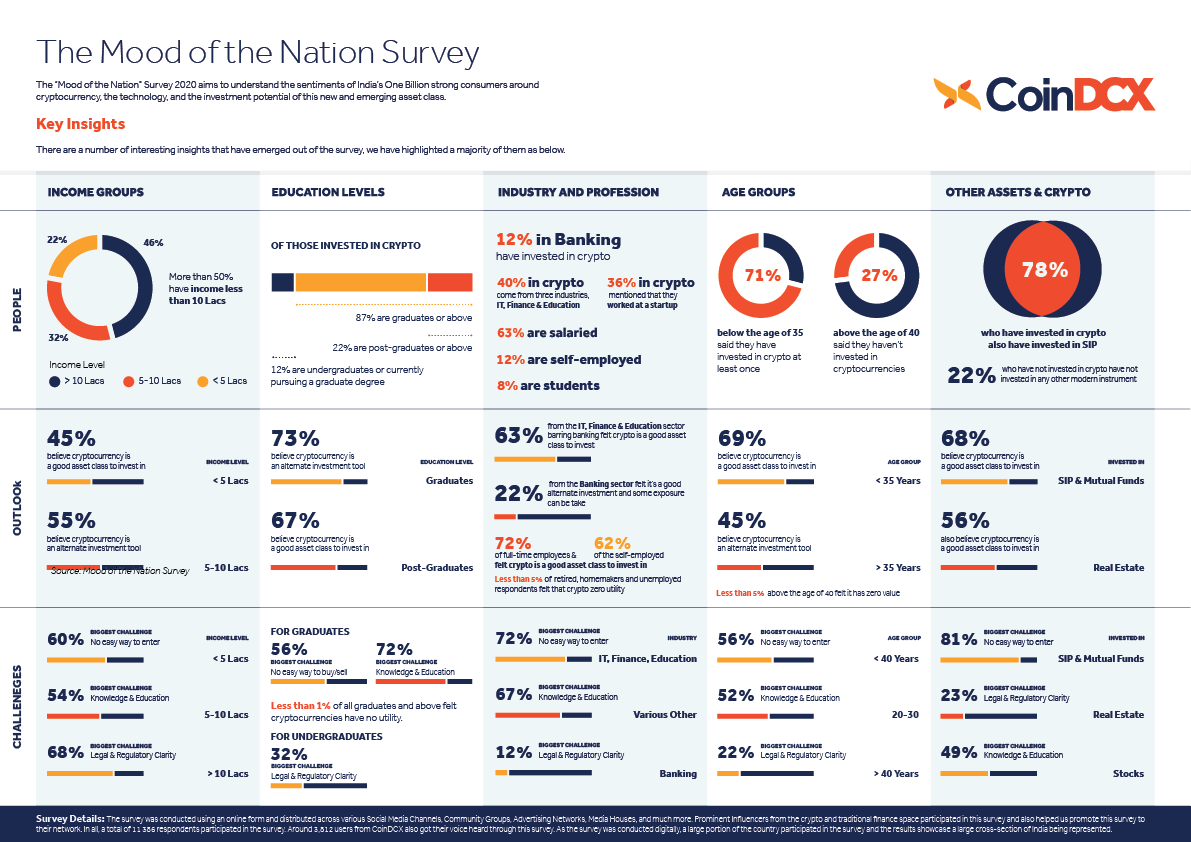 Interestingly, while 60% of the respondents felt that they needed an easier way to join crypto, other trends concerning barriers to entry were very similar to what market participants in the West have been facing.

For instance, 68% of respondents cited legal and regulatory clarity as a major concern, given the fact that the country sought to ban trading cryptocurrencies not too long ago. This isn’t an anomaly either as in countries such as the United States, uncertainty around regulations still continues to plague the crypto-market.

Last week we heard rumors that the U.S. Treasury and Secretary Mnuchin were planning to rush out some new regulation regarding self-hosted crypto wallets before the end of his term. I'm concerned that this would have unintended side effects, and wanted to share those concerns.

Only yesterday, Coinbase CEO Brian Armstrong commented that there were rumors that the U.S. Treasury was pushing out new regulations regarding self-hosted crypto-wallets, a speculation that sent the markets into disarray.

It is fair to assume that what would really scale adoption in South Asian countries such as India, to the level it has reached in other parts of the world, is clarity on regulations.