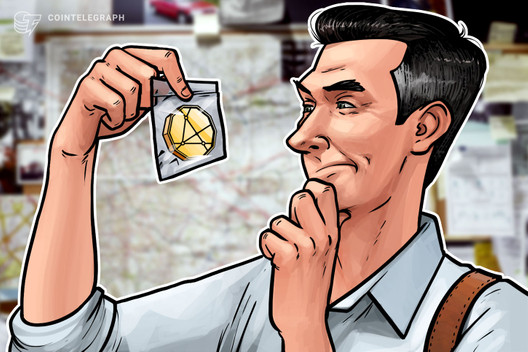 The FBI is seeking individuals who held crypto assets on CoinGather who appeared to conduct an exit scam in November 2017.

The United States Department of Justice is seeking the owners of crypto funds that were held by CoinGather — a small crypto exchange that was seized by the Federal Bureau of Investigations, or FBI, in March 2018.

The seizure came months after the exchange had abruptly ceased operating during November 2017, prompting rumors to circulate that the platform had conducted an exit scam.

The U.S. government is looking for individuals who may have a claim to the crypto holdings of the defunct CoinGather exchange.

A warrant shows that the cryptocurrencies currently reside on the Dell PowerEdge Server, serial number JNFHSW1. Neither the value of the crypto held on the server nor the sum that the Justice Department is willing to forfeit has been disclosed.

Individuals seeking to claim cryptocurrencies held on the exchange’s former server have 35 days to contact the Eastern District of Michigan Justice Department.

The relevant parties are instructed to detail their name, address, and date of birth, and detail their CoinGather holdings in the form of signed documentation under penalty of perjury.

Estimated to represent $100,000 in daily trade at the time of the platform’s abrupt end to operations in November 2017, CoinGather was relatively small when it ceased trading.

Posts to Reddit and Bitcointalk during late-2017 show an immediately skeptical response to CoinGather’s silence from the crypto community amid what were then all-time highs of nearly $10,000.

After impacted users claimed to identify the website owner as an individual living in Ohio, they reached out to the FBI at the start of 2018.

On March 15, 2018, the FBI seized CoinGather.com after obtaining a wallet for a probable cause finding.