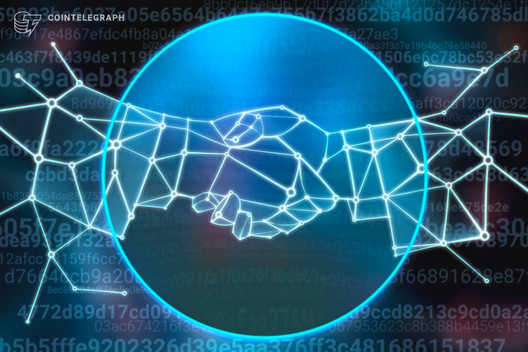 The Intercontinental Exchange, or ICE, owner of the New York Stock Exchange, announced plans to acquire software service Bridge2 in preparation for an app launch from ICE’s subsidiary, Bakkt.

“While all assets in the Bakkt app will be transferable to other Bakkt users within the app, those assets will not be tokenized on a blockchain or transferrable outside the Bakkt ecosystem,” he said.

ICE intends to acquire Bridge2 Solutions, a software as a service, or SaaS, platform, the exchange announced on Feb. 5, according to a press release provided to Cointelegraph. After the acquisition, Bakkt aims to obtain Bridge2 from ICE, Bakkt’s parent company, harnessing the SaaS platform for its upcoming consumer application.

Bakkt plans to spend capital raised from its current Series B raise to buy Bridge2 from ICE, the press release detailed, adding that Bakkt’s financing round likely will end in the next couple of months.

Continuing its expansion, Bakkt currently engages in the development of a consumer app that hosts an array of options, including digital asset payments and trading, the press release said. Bakkt plans to add a customer loyalty component to the app through its Bridge2 acquisition.

Bridge2, as a software provider, helps create digital loyalty programs for businesses, such as  digital coupons, employee incentives and customer loyalty points. Bridge2 “powers programs for seven of the top ten financial institutions and 4,500 loyalty, incentive and employee perk programs for companies across a wide spectrum of industries,” the press release noted.

Incorporating Bridge2’s expertise, Bakkt plans for its consumer app to have a broad spectrum of use cases.

“With the launch of the Bakkt app, we will, for the first time, offer consumers a robust platform to consolidate and use all of their digital assets, from crypto to loyalty points to in game tokens, in one user-friendly wallet.”

According to details shared with Fortune, Bakkt aims for high utility in its new app. App users can reportedly use customer rewards, coupons, loyalty points from various companies as cash, consolidated in one sum in Bakkt’s app.

In another effort of expansion, ICE also contacted eBay, offering over $30 billion for the e-commerce powerhouse, according to a Feb. 4 brief from the Wall Street Journal. ICE and eBay are not officially negotiating at this time.