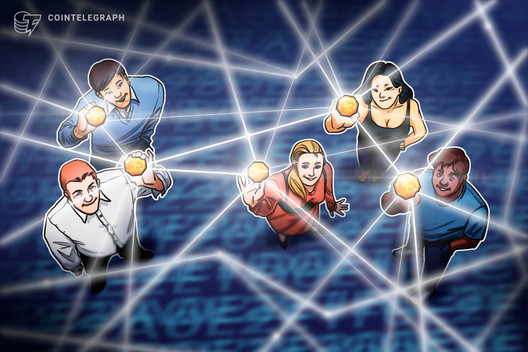 The platform’s new liquidation mechanism will jump into action when markets face turbulence to mitigate the impact on traders, Huobi said in a statement.

Amid recent coronavirus fears and market uncertainty in stocks and crypto, asset prices have seen violent swings. Between March 12 and 13, Bitcoin dropped more than 50% in value before bouncing off the bottom.

During the crash BitMEX saw liquidations top half a billion dollars in an hour. It also went offline, which some users claim resulted in unnecessary liquidations. It blamed denial-of-service (DDoS), attacks as the culprit.

Huobi’s platform saw around $27.45 million in liquidations in a few hours during the crash.

After a stark price swing, liquidation occurs when traders do not hold enough capital in the exchange on which they are trading, resulting in trading position closure. Huobi DM’s new adjustment aims to improve the all-or-nothing liquidation mechanism that wipes out funds all at once.

Huobi DM’s new liquidation mechanism offers the option for partial liquidation. The mechanism gradually reduces users’ positions rather than liquidating them in full in a single event. Huobi DM explained:

“With the new mechanism, the system will automatically start liquidating a user's positions in stages—at predetermined margin ratios determined by the user's calculated exposure—until the margin ratio reaches above zero. The liquidation process also includes a circuit breaker function that halts liquidation when large or unusual deviations between the liquidation price and market price are detected.”

Huobi DM said the new feature applies to all assets and leverages on the derivatives exchange. Additionally, the outfit decreased its maintenance margin ratio, as well as updated its system’s firmware.

Cointelegraph reached out to Huobi for additional details. This article will be updated accordingly should a response come in.