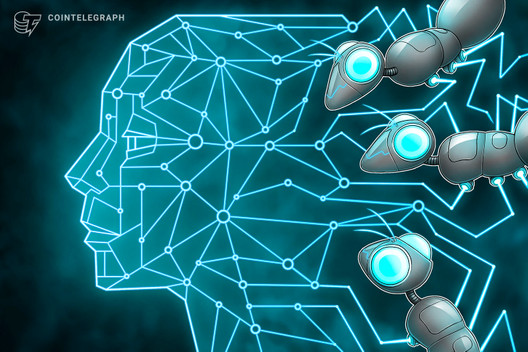 Blockchain tech as the privacy keeper: How the distribution of metadata will help you to maintain privacy.

It has been nearly seven years since Edward Snowden blew the whistle on highly classified global surveillance programs, inciting a national conversation about privacy in the digital age. One of these revelations was that the NSA had access to the email content of Google users and the ability to map anyone’s cell phone location.

It’s now been two years since the Cambridge Analytica scandal came to light, revealing that the company had harvested Facebook user data and used it to manipulate for the United States presidential election. In 2018, Facebook also admitted that it let Netflix and Spotify access users’ private messages.

While these events spurned temporary outrage, they did little to change consumer behavior. Gmail has 1.5 billion users. Facebook continues to grow, going from 2.41 billion to 2.45 billion monthly users between Q2 2019 and Q3 2019 alone.

Why is that? It’s not because consumers aren’t aware of how their data is being used against them. Even casual social media users can see that their personal information, browsing history and online shopping activity is used to sell them ads. The problem does not lie with a lack of knowledge, but with a lack of alternatives. People don’t see any other options, so they’ve mostly given up. The best they can do is keep trying to avoid thinking too much about it.

Right now, these companies survive off user data. Facebook and Google have built multibillion-dollar advertising platforms and become some of the richest companies in the world by making the end user the product. When you think about the services that Facebook owns (Instagram and WhatsApp, for example, each with over a billion users) and all that Google operates (search, email, maps, YouTube), it’s nearly impossible not to come in contact with their services. The same is true for many other companies that we rely on for managing our finances, communications and much more.

The technology industry needs to develop consumer-friendly tools that deliver the same level of ease that people are accustomed to. People are ready to adopt privacy-focused alternatives, they just need access to them.

Even if you monitor your privacy settings and use encrypted apps, it’s not enough to protect your personal data. Encrypted apps are still collecting and also exposing metadata, which is data about data. Metadata includes information such as what time you sent a message, who you sent it to, and when it was received. Metadata gives companies plenty of information to work with, and is easily accessed by governments.

On the way to a decentralized world

The way personal data is manipulated by companies and governments is robbing not only our personal freedom, but our democracy. This is part of why blockchain technology holds so much promise. Decentralization empowers us to take out the centralization and create consumer products that let individuals communicate person-to-person, with metadata shredding. This combination will allow truly anonymous communications and payments to exist for the first time.

Our metadata shredding is based on breakthrough precomputation, which allows messaging at the speeds that consumers expect, but with ultra-high security. Metadata shredding on the blockchain works by allowing pre-computation of slots that are ready to each receive a message from any user during processing of a batch of messages through the eight nodes randomly-selected each second. Messages are distributed so that all eight randomly-selected nodes for each round would have to be compromised or collude to learn anything about the metadata.

Long story short, this keeps messages and payments from ever being linked or decrypted. While this may sound pretty technical, apps that use metadata shredding can work just as fast and seamlessly as the apps we already use for messaging and payments.

There are many reasons other companies don’t offer metadata shredding, ranging from economic to regulatory. Metadata shredding breaks many companies’ business models of monetizing user data.

Infringements on our privacy and manipulation of our data should be cause for grave concern. While it’s easy for people to give up, we’re getting closer and closer to a solution. As user-friendly decentralized technologies with metadata shredding reach widespread use, we as a culture can prioritize privacy and freedom.

Dr. David Chaum is one of the earliest blockchain researchers and a world-renowned cryptographer and privacy advocate. Known as “The Godfather of Privacy,” Dr. Chaum first proposed a solution for protecting metadata with mix-cascade networks in 1979. In 1982, his dissertation at the University of California, Berkeley became the first known proposal of a blockchain protocol. Dr. Chaum went on to develop eCash, the first digital currency, and made numerous contributions to secure voting systems in the 1990s. Today, Dr. Chaum is the Founder of Elixxir, Praxxis and the xx network, which combines his decades of research and contributions in the field of cryptography and privacy to deliver state-of-the-art blockchain solutions.