Hedera Wants to Provide Consensus as a Service for Enterprises, Says CEO 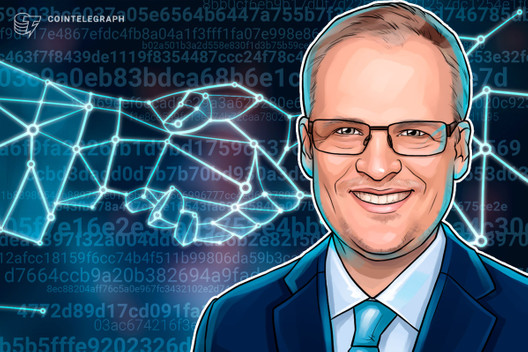 Hedera Hashgraph believes that enterprise blockchain platforms are not ideal for consensus between corporate actors, launching its consensus as a service model.

Hedera Hashgraph is positioning itself as a “Consensus-as-a-Service” blockchain, serving other enterprise chains with a hybrid network model.

The concept was explained by Hedera CEO, Mance Harmon, at a May 14 speech on Consensus Distributed. Cointelegraph followed up with Harmon right after the panel to learn more about the concept of providing consensus as a service.

Hedera is a thoroughly enterprise-centric product, though it also has a public token named HBAR.

Its consensus model can be described as a hybrid between a locked-in federated consensus and a delegated Proof-of-Stake model, like that found in EOS. Hedera is governed by a council, or a group of very well-known corporations. Harmon explained that each owns a portion of Hedera Hashgraph, LLC.

Currently, the list includes corporations like Boeing, IBM, Google, and Deutsche Telekom. UCL was also recently added as a representative of the educational sector. While membership in the council is largely decided by Hedera itself, the strength of each individual council member in the organization is defined by their stake of tokens. Furthermore, each member has term limits allowing a maximum of six years of membership.

Council members run nodes, which are organized through a Byzantine Fault Tolerant consensus model. The system thus adds some degree of trustlessness into the interactions between corporate entities, which Hedera seeks to propose as a governance mechanism for other enterprise chains.

Enterprise blockchains as an “application network”

In the scenario outlined by Hedera, other enterprise blockchain systems like Hyperledger or R3 would simply be responsible for processing the state. Harmon added:

“The application network is where the business logic is being run, but the consensus is done in Hedera. And there’s a big difference there in trust requirements.”

He emphasized that this is very different from a sidechain or a private network, which are characterized by having to run consensus. The application network must simply compute changes to the state of the virtual machine, while the consensus nodes are responsible for storing the state and signaling for discrepancies.

But the application layer does not necessarily have to be provided by Hedera. “We just decided to be the best of breed in consensus [...], but let the enterprises use Hyperledger, or Corda, or Quorum or whatever permissioned framework they want to use,” added Harmon.

By replacing private consensus in permissioned systems with a public consensus, Harmon said, “you get the best of both worlds.”