Has Quebec Missed the Ship for Attracting Cryptocurrency Miners? 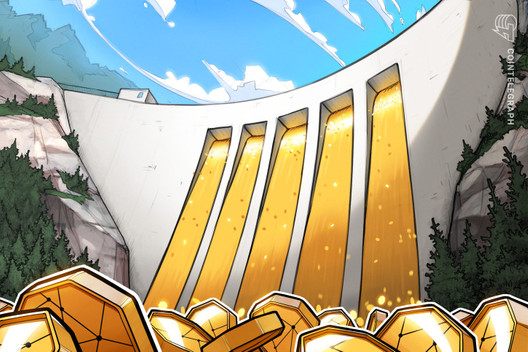 An uncertain regulatory climate has led cryptocurrency mining companies to seek opportunities elsewhere, rather than in Quebec.

The results of a 300 megawatt (MW) energy allocation for cryptocurrency miners, run by Canadian provincial utility provider Hydro-Québec, has failed to attract expected demand from the local industry.

A Request for Proposals (RFP) for power allocation was opened in June last year, supposedly based on huge demand of around 16,000MW from miners around the world that wanted to take advantage of Quebec’s hydroelectric power. Bid submissions closed on Oct. 31, 2019.

According to a Jan. 22 report from Radio Canada, the results of the RFP or only released recently with Hydro-Québec granting one-fifth of total block set aside for crypto mining.

A long and winding road

As Cointelegraph has reported, Quebec’s path to eventual acceptance of cryptocurrency mining has been a rocky one. Initially, back in March 2018, local authorities said that they were “not interested” in attracting mining businesses to the province, unless they could provide some “added value.”

However, by May of that year, the Quebec government had supposedly lifted its moratorium on energy sales to cryptocurrency miners, eager to “avoid missing the ship.”

Just a week later, Hydro-Québec once again stopped processing requests for mining power after receiving an unprecedented demand, which reportedly threatened to disrupt its energy obligations for the rest of the province.

By the end of June 2018, Hydro-Québec had proposed new rules, under which blockchain companies must bid for power resources, and quantify the jobs and investment they intended to provide in the area, but local officials refused to ratify it.

Jonathan Hamel, the founder and president of Acadamie Bitcoin — a crypto consulting service — told Cointelegraph that Hydro-Québec had dramatically overstated the purported power demand from miners:

“During the Quebec Energy Board hearings in June 2018, Hydro-Québec stated that they received more than 16,000MW equivalent of demand for Bitcoin mining to date. That number was completely debunked by invited Bitcoin miners and experts. Hydro-Québec finally admitted that the "serious" demand was somewhere around 1,000MW.”

Big players have already moved on

Blockstream has reportedly not bid for any of the available energy. CSO Samson Mow said last year that the company would maintain its existing facility in Quebec, but political uncertainty meant that it only had plans to expand in the United States.

GPU.one also decided to relocate its expansion plans elsewhere. The mayor of Baie-Comeau, a town in Northern Quebec, expressed his disappointment that this could not have been prevented:

“I have been working for more than a year to be able to sell our energy to a promoter. HQ prefers to wait for the Americans. My promoter has already opened two other facilities in another province because he does not have the right to do so here.”

Indeed, Hamel added that there are simply better opportunities for miners in other locations, saying that, “there [are] now much more interesting offers outside of Quebec. It's not uncommon to see power at around 0.02$ [Canadian dollars]KwH while the Quebec Large Industry Rate is twice that price.” He concluded:

“The numbers are clear: miners simply went elsewhere on the planet and Quebec lost hundreds of millions in potential energy revenue.”