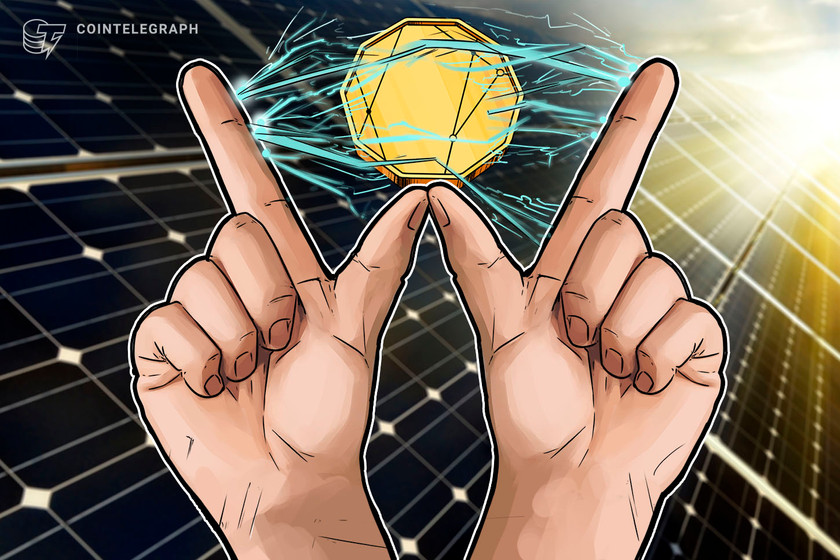 After months of touting the benefits of Bitcoin (BTC) and blockchain technology, Tesla CEO Elon Musk shocked the crypto Twitter on May 12 by announcing that the electric car company would suspend its accepting BTC as a form of payment, citing concerns related to the energy required to mine the top cryptocurrency.

As Tesla issued its statement, Bitcoin, Ether and a large segment of altcoins sold off sharply but there were a few projects that found clever ways to capitalize off the mayhem by tweeting about the ‘green’ nature of their networks that require only a tiny fraction of the energy required to maintain the Bitcoin network. 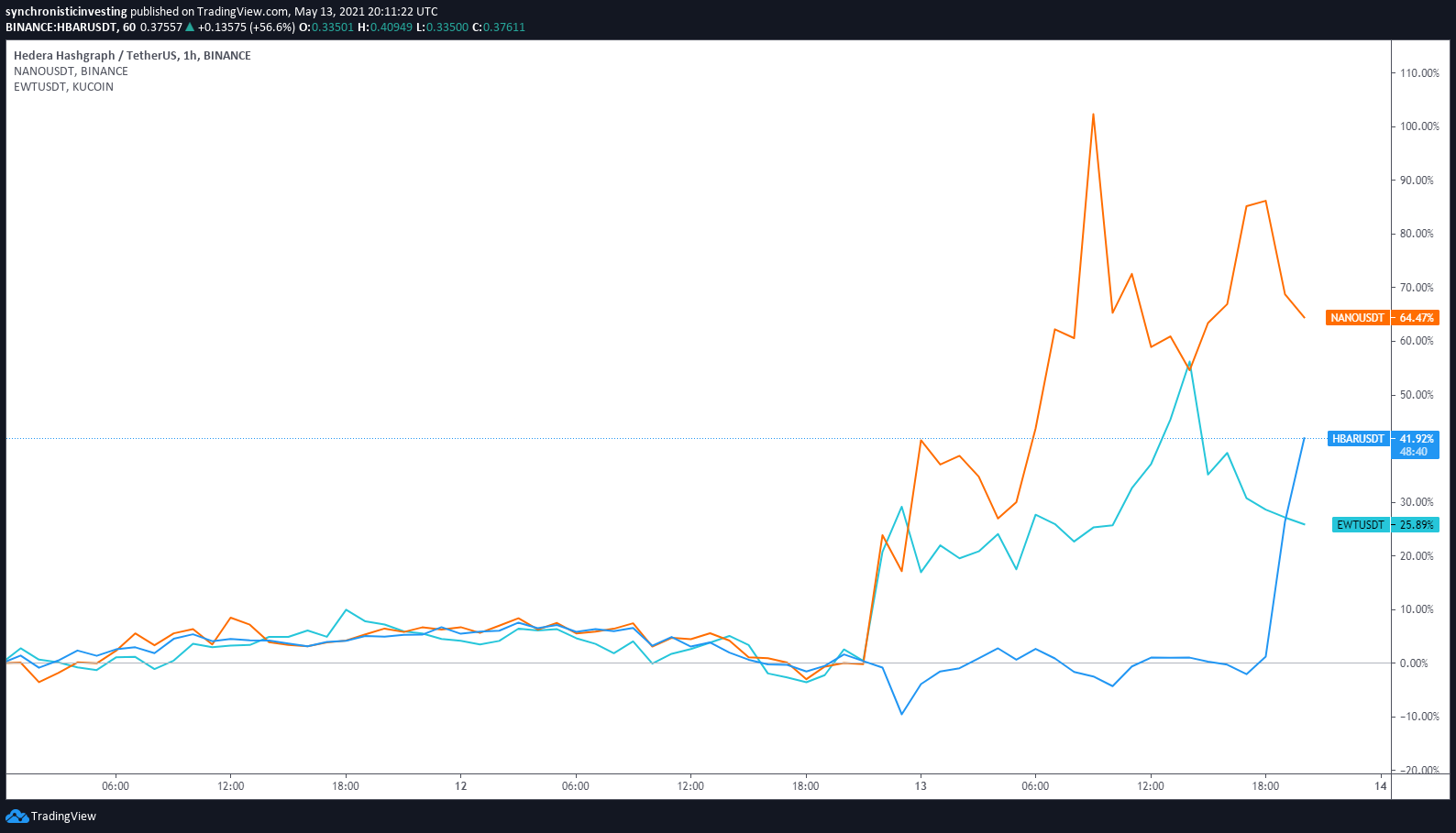 Three of the biggest beneficiaries of the focus on energy consumption are Hedera Hashgraph (HBAR), Nano (NANO) and Energy Web Token (EWT). Each experienced double-digit gains on May 13, while a majority of the cryptocurrency market is in the red.

Hedera Hashgraph is a public network that was designed to be a fairer, more efficient system that seeks to overcome some of the limitations of earlier-generation blockchain platforms that struggle with slow performance and instability.

The network received support from an unlikely source on May 13 as Deepak Chopra, a well-known spiritual teacher and meditation advocate, responded directly to Musk’s tweet about discontinuing Bitcoin payments by discussing the low energy nature of the HBAR.

Elon, @Hedera is the public network to build your sustainable future on. Their network consumes only .0001 Kwh!
Our mission is to build a peaceful, just, sustainable, healthy and joyful world… Let’s partner @Tesla @spaceX - Hello Future!
⚡️ $HBAR pic.twitter.com/46AiwRGzMg

Further exploration of the project’s Twitter feed show a litany of posts from various community members and project developers displaying the low energy cost of the Hedera network. This activity coincides with the May 13 spike in its price from a low of $0.226 to an intraday high of $0.41.

A second protocol that has jumped on the green energy wave initiated is Nano, a lightweight cryptocurrency designed to offer secure, near-instant payments with zero fees.

The project, along with members of its community, was quick to highlight Nano’s status as “one of the leading energy-efficient and eco-friendly cryptocurrencies of 2021” which may have helped propel the tokens price 121% on May 13 from a low of $8.00 to a 3-year high at $17.71. 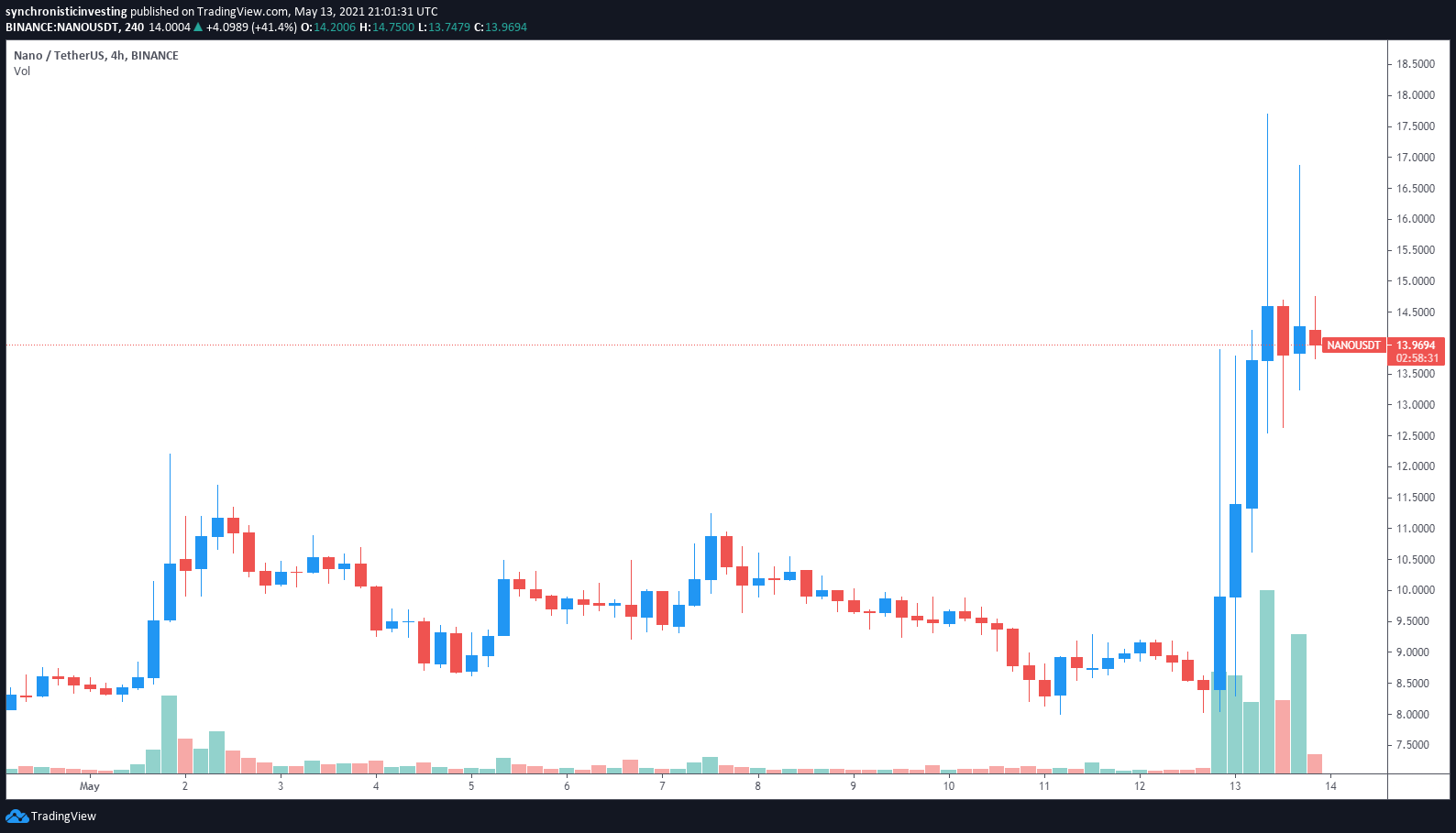 Energy Web Token is a more obvious beneficiary of the refocus on environmental concerns as it is the operational token behind Energy Web Chain, a blockchain protocol designed to facilitate application development for the energy sector.

While the project doesn’t focus specifically on payments, the protocol’s virtual machine has the potential to revolutionize the energy sector as it is oriented toward grid operators, software developers and vendors.

The project responded to the recent announcement from Musk with the following tweet touting the protocol's ability to decarbonize the global energy sector.

This week's @Tesla $BTC announcement is bigger than #crypto and bigger than #electricvehicles, because it's about BOTH. With $EWT, the #EnergyWeb tech stack, and the @CryptoClimAcc, we can #makecryptogreen while decarbonizing the global energy sector. You in, @elonmusk?