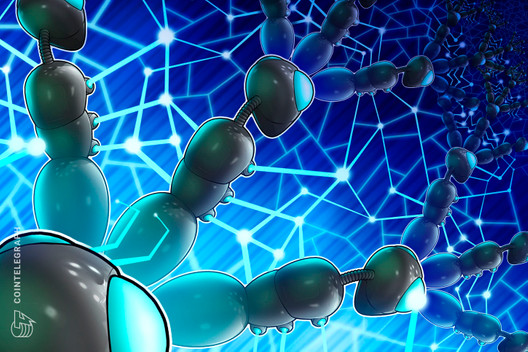 Accounting firm Grant Thornton will record intercompany transactions for its clients on the EOSIO blockchain, capturing a small slice of an area worth $40 trillion annually.

Major U.S. accounting firm Grant Thornton is moving all of its clients’ intercompany transactions to the EOSIO network.

A company representative told Cointelegraph that Grant Thornton had chosen EOSIO for "its speed, user experience and scalability.”

While a spokesperson said it was difficult to put a dollar value on the firm’s intercompany transactions, the company reported $1.9 billion in revenue for 2019. Intercompany transactions (between business entities within a company) typically “account for 30% to 40% of the global economy, equaling almost $40 trillion annually.”

Intercompany transactions are the fifth most common cause of corporate financial restatements. They are frequently the source of underlying fraud, manual errors, unnecessary bureaucracy and wasted time.

Jamie Fowler, chief transformation officer, said inter.x had been designed to provide a simple user experience that can red-flag missed opportunities “and identify instances when transactions may have fallen short of company policies.

The inter.x announcement said the platform allows companies to make real time decisions, rather than wait for a monthly or annual accounting cycle:

“More importantly, inter.x users can track and account for intercompany transactions with an audit trail that is ‘immutable,’ meaning the integrity of the audit data persists over time. The result is a permanent and unforgeable audit trail for consistent transaction information.”

The EOS blockchain is currently running on EOSIO 2.0, an update released by Block.one in January, three months after a new version of the software was announced in October 2019. Block.one has claimed that EOSIO 2.0 offers improved speed for the blockchain network: nearly 16 times faster than the previous version, outpacing even Ethereum.

Though the network is generally praised for its near-zero transactions fees, it has received some criticism for not being decentralized enough and it experienced congestion issues earlier this year. Coinbase halted deposits and withdrawals of the EOS token in February when it reported the EOS network was experiencing “degraded performance.”