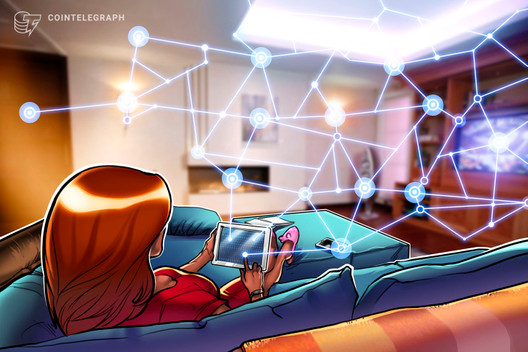 A new study forecasts that the growing global blockchain IoT market will approach $6 billion by 2026.

A study by a market research firm Research Dive ensures that the global blockchain IoT market size could reach $5,802.7 million in 2026, in addition to the compound annual growth rate (CAGR) being around 91.5% projected for that period.

According to India-based firm Research Dive, the increasing adoption of the IoT blockchain and the increase in operational efficiency among organizations are among the reasons for future market growth.

Worldwide IoT connectivity for data sharing is one of the catalysts for such a boost in the market. At the same time, service providing for better data transfer security also helps increase the adoption of this technology, the report says.

But some factors that could slow the growth of this market in the world are also highlighted.

For example, a lack of awareness among firms could be a critical factor influencing this projected rise. Interoperability could, similarly, play a key role.

The study divided analysis of the IoT market blockchain into three fields: hardware, software and solutions.

In the case of hardware, it is categorized as one of the catalysts that can increase the offerings market sector, being a key player in the growing demand for more secure data transferring among people within the same network.

Another reason the report puts forward for the growth of the IoT market blockchain is the permanent need for protection against cyber-attacks and, consequently, data theft.