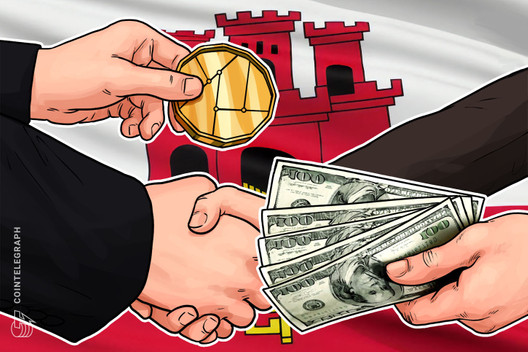 In an exclusive interview with Cointelegraph, Albert Isola, Gibraltar’s minister for digital and financial services, argued that every country that respects contract laws recognizes crypto payments in the absence of regulation which prohibits them.

“On the question of whether they are recognized, I don't believe there is a law on this planet, other than those that have specifically excluded it, that will not recognize the validity of the transfer of digital assets because the law of contract enables you to transfer anything — whether it's a boat, a house, a car, a key or a crypto asset.”

“The question is, in legal terms, how do you identify what it is that you are transferring? Minister Isola continued. “As long as you get identified, you can transfer it and on a proper legal footing.”

The digital services minister emphasized that Gibraltar’s regulatory framework provides “a legal framework to that transfer” — regulating the businesses and individuals that transfer in crypto assets, rather than the underlying assets themselves.

“In other words, we are saying if you are going to transfer crypto assets from one place to another and that's your business, you're going to be regulated. We're not just going to recognize the validity of that contract, but we're going to regulate the very people that are doing it,” he added.

“In the same way as in financial services, if somebody advises you where to invest, that guy should be regulated. It's not the investment that is regulated, it's the person that's advising you — we are doing exactly the same and offer a look in the crypto space.”

After four years of development, Gibraltar introduced a permissive regulatory regime for blockchain firms at the start of 2018.

The Overseas British Territory has since attracted many of the industry’s leading firms, including major crypto exchange, Huobi, and pioneering crypto custody and payments platform, Xapo.