Stablecoins and central bank digital currencies have the potential to replace, or at least dramatically improve, bank accounts as they are today.

Despite its nascency, central bank digital currencies and their offshoots have rapidly evolved into a serious alternative to typical bank accounts. A CBDC is electronic money issued by a central bank for use by consumers and companies in lieu of traditional money. The concept was popularized in a particularly interesting paper published in 2016 by Warren Weber, a research consultant for the Bank of Canada, in which a currency issued by a central bank and backed by Bitcoin (BTC) was explored in detail. Central banks the world over have since begun exploring the concept through the creation of research and working groups, as have international organizations such as the International Monetary Fund, the Bank for International Settlements and the CBDC Group think tank.

CBDC offshoots have gained traction in more recent years due to offering a gradual approach to central banks interested in eventually launching a CBDC. These offshoots include synthetic CBDCs and stablecoins, which are tokens denominated in national currencies but issued by a private sector firm in partnership with a central bank or regulated financial institution. While synthetic CBDC implementation proposals are currently being reviewed by central banks globally, stablecoins are the only of the three forms of central bank digital money that are currently active and in-market. Stablecoins are held and transferred using digital wallet applications. Issuers are either regulated banking institutions themselves or are supported by regulated banking institutions. Our research indicates that the total addressable market of CBDCs and their offshoots surpasses $18 trillion, which is the cumulative value of money currently held in bank accounts around the world that is instantly callable, according to Trading Economics data. 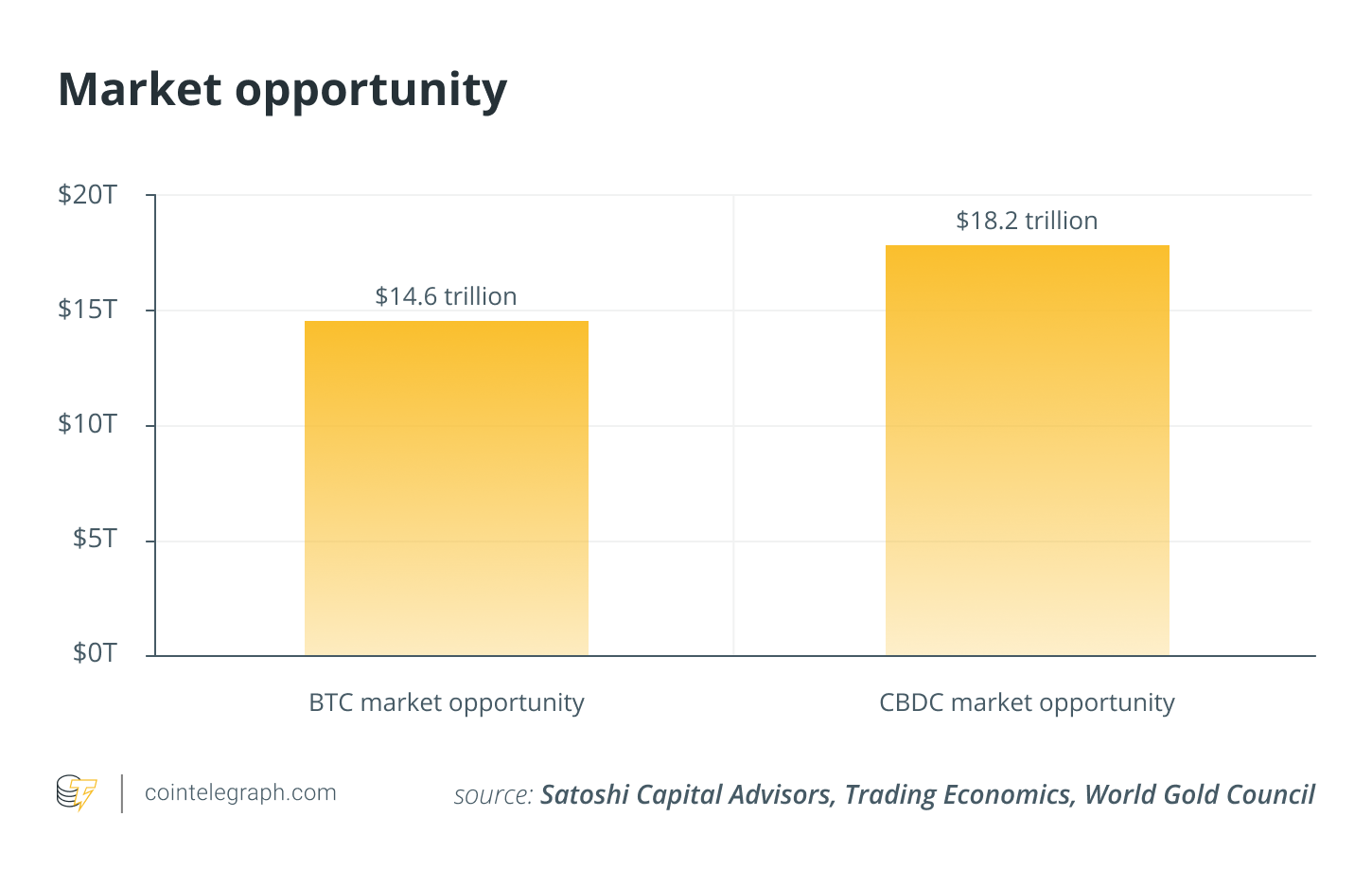 The standout contrasts between traditional bank accounts and stablecoins are in the speed, cost and accessibility improvements offered by stablecoins relative to traditional bank accounts. In a traditional setting, even the most basic banking functionalities of storing, sending and receiving funds are only available to bank customers and are typically associated with archaic processing times and fees. Stablecoins address these issues via their open access designs, enabling consumers all over the world to store, send and receive fiat currencies at no cost with only a smartphone and an internet connection. 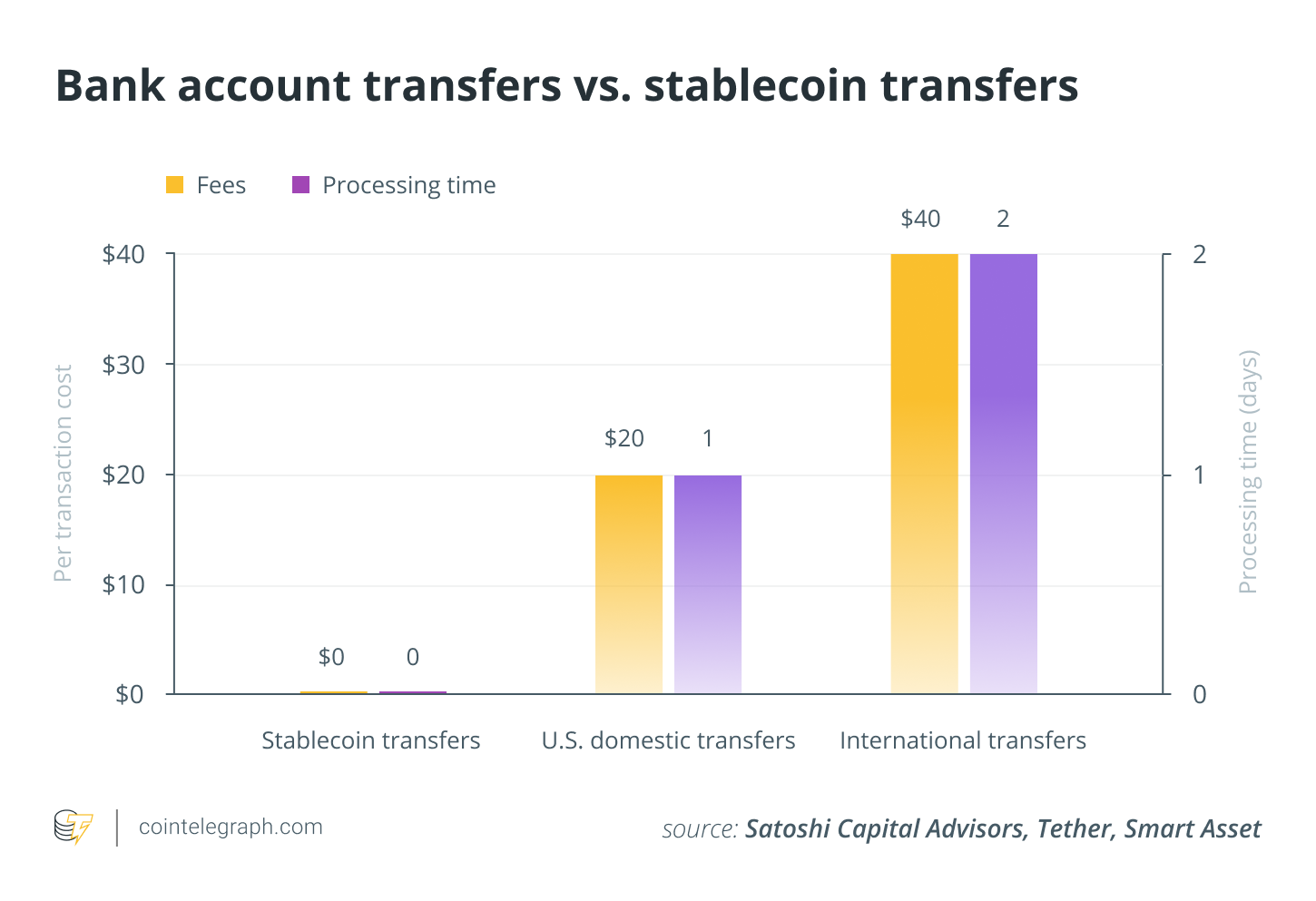 Many new issuers have entered the stablecoin market in recent years, with the total value of issued United States dollar stablecoins reaching about $2.7 billion by the start of 2019. While the first major stablecoin issuer, Tether (USDT), has maintained its market lead by a wide margin over the years, these new issuers brought an additional $700 million in capital inflows to the stablecoin space in 2018 and accounted for $11.5 billion of the total $1.1 trillion in annual stablecoin trading volume over the same year. 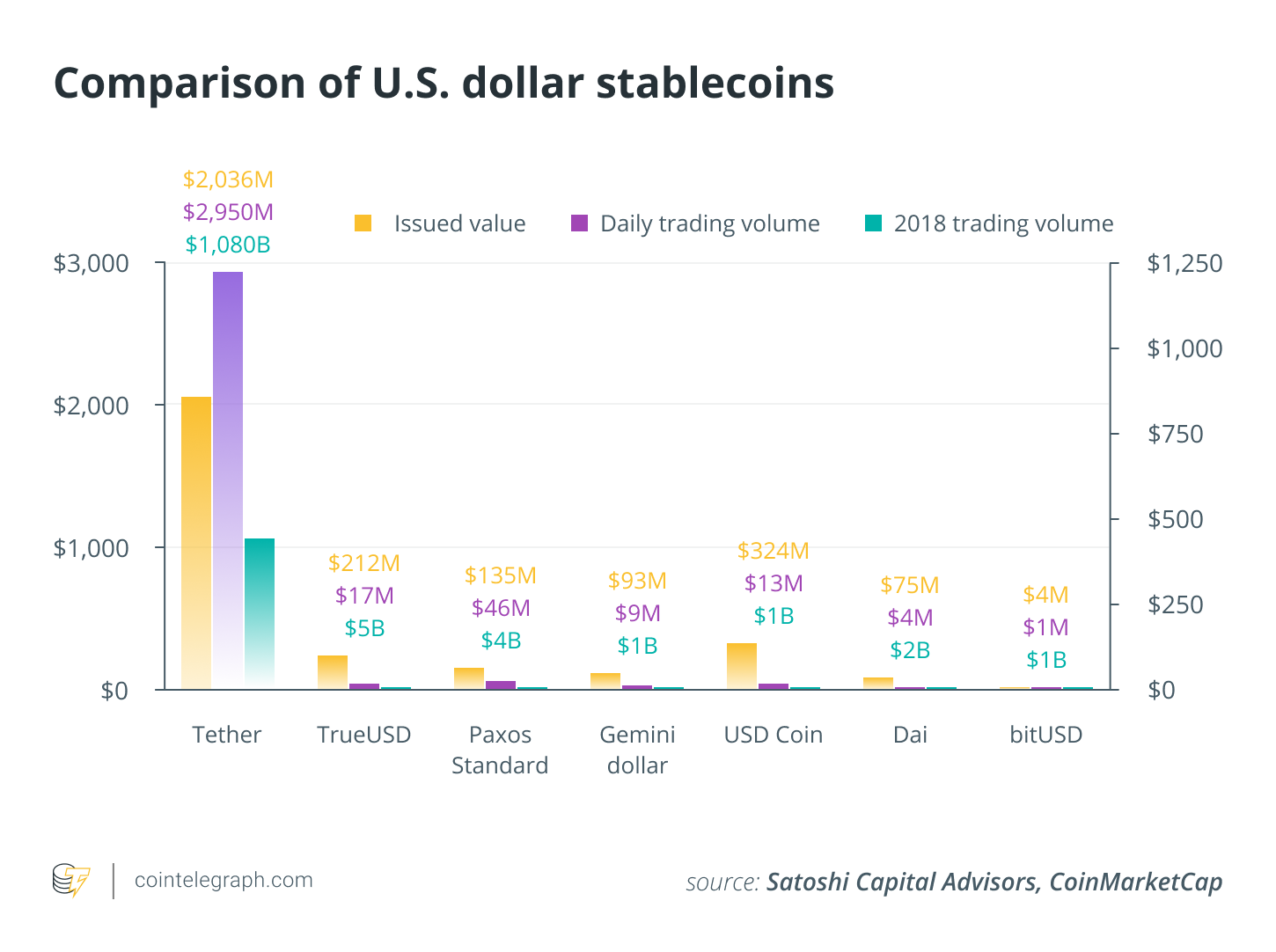 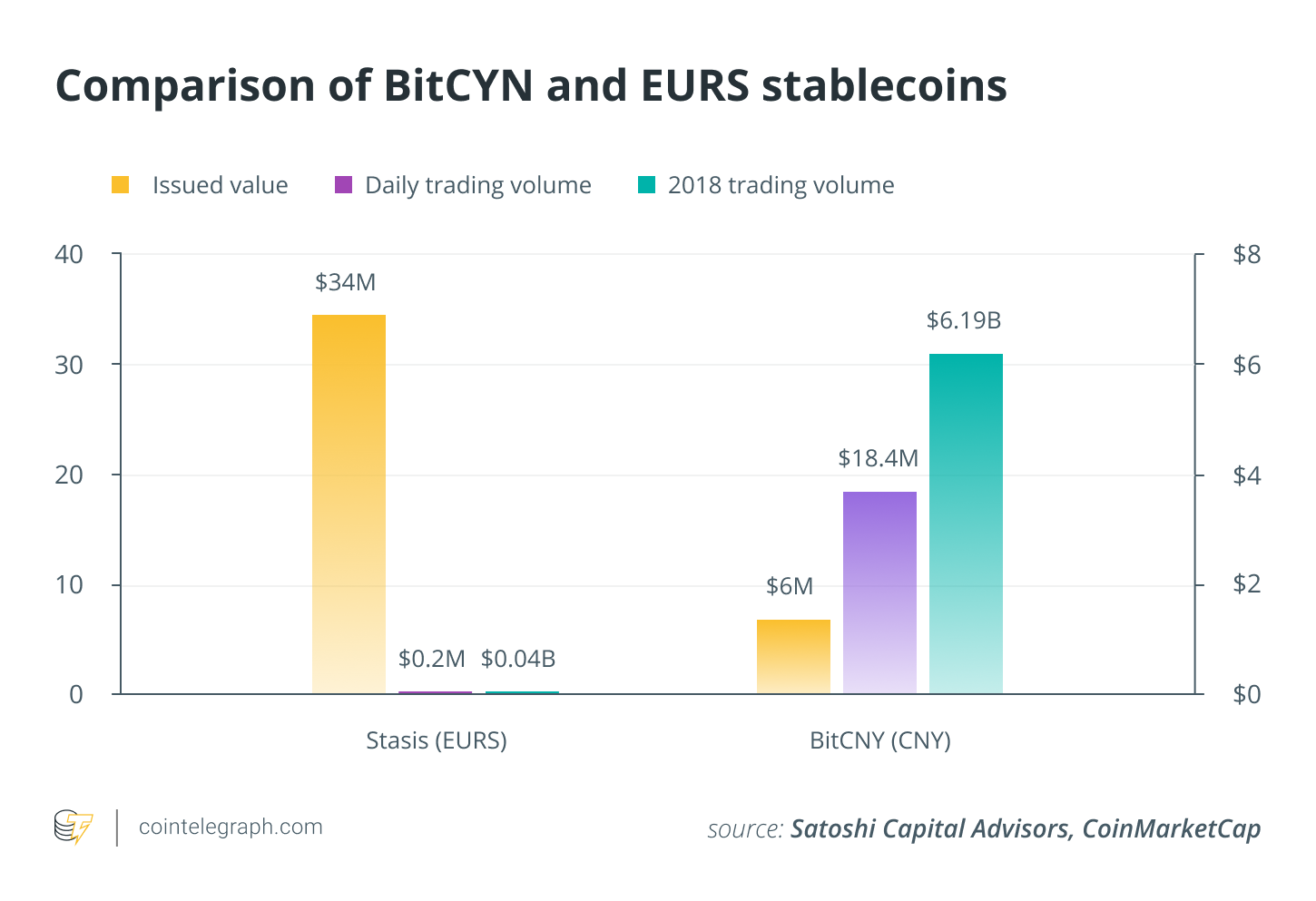 While the trading volume of stablecoins has increased significantly over the years, the payment volume has also shown noteworthy development. In 2018, more than $109 billion in payments was sent via Tether, according to Coin Metrics data. While these figures are pale relative to the many trillions in U.S. dollars sent via bank transfers, they signal meaningful demand for such a solution and compete well with alternative money transfer options such as Western Union, which facilitates around $200 billion in payments per year.

An especially noteworthy characteristic of the stablecoin market is its efficiency relative to traditional emerging economies operating with parallel currency markets. Specifically, the spread between market exchange rates and official exchange rates has seen double-digit percentage points in traditional emerging economies, yet it remains mostly reined in throughout the stablecoin market. This has effectively created some of the most efficient parallel currency markets in history, largely due to their digital nature. For those contained to inefficient parallel currency markets today — for example, Venezuela — stablecoins offer a viable alternative to local money and payments systems that is particularly resilient to political and monetary policy mishaps. When considering the possibility of a complete banking system shutdown, as was the case in Cyprus in 2013, stablecoins and Bitcoin offer the only viable, working and large-scale alternative to traditional bank accounts. 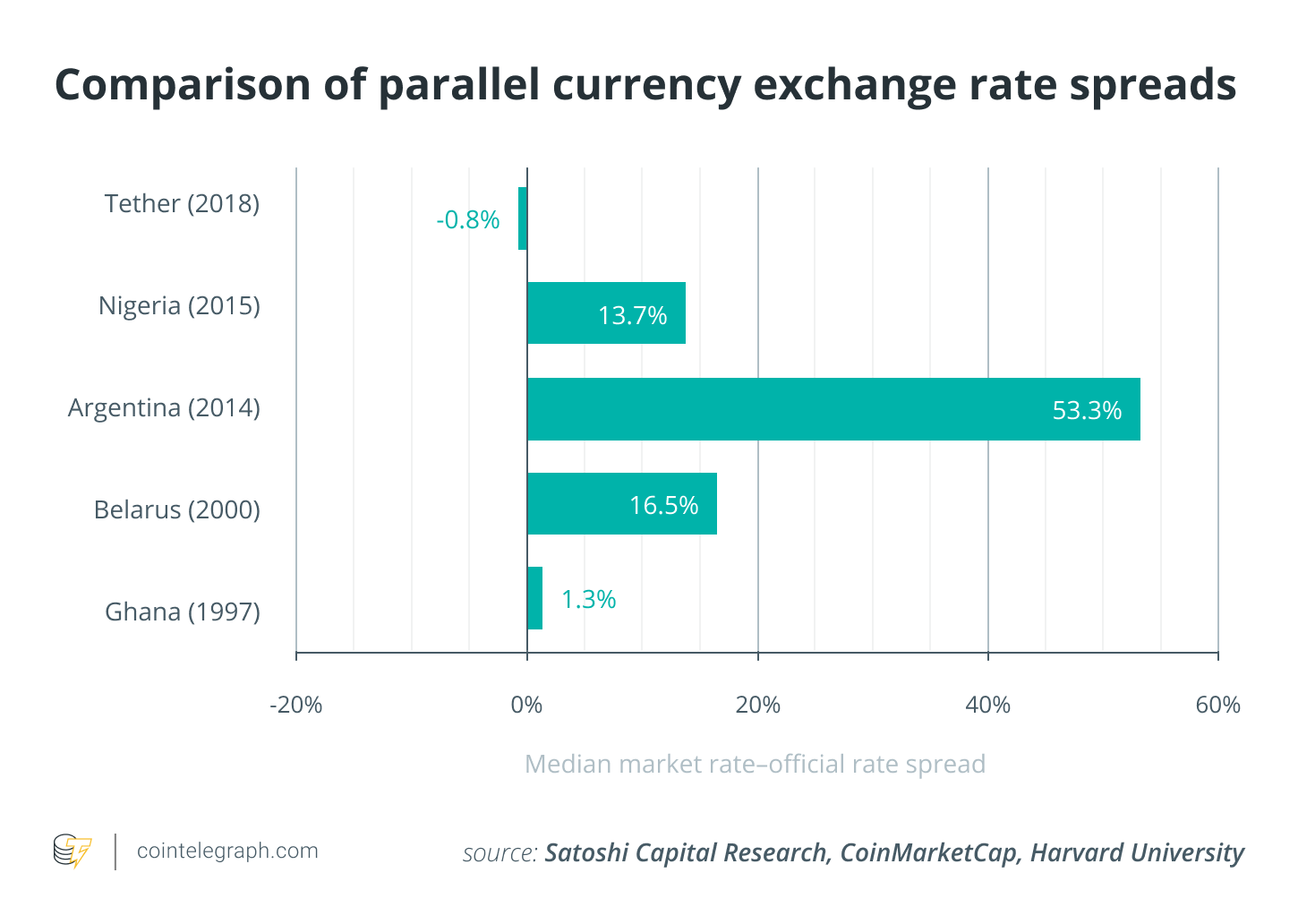 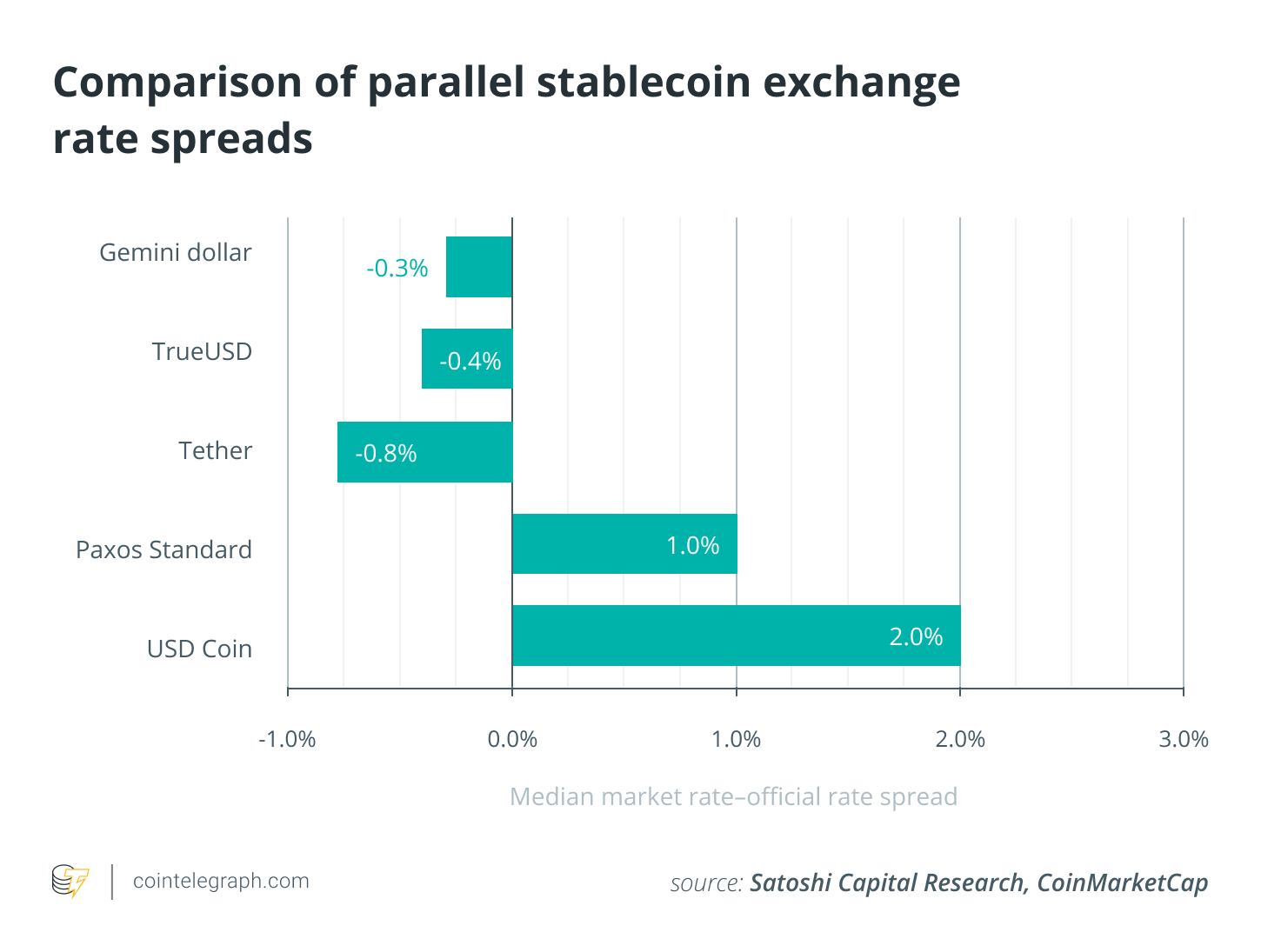 There’s a long road ahead for stablecoins, CBDCs and synthetic CBDCs to reach the mass market and become serious competition for traditional bank accounts outside of emerging markets, especially when accounting for the lack of service providers offering a full suite of financial services for the end users of these solutions. However, the proven demand for these solutions is undeniable in emerging markets suffering from inefficient parallel currency markets or payment systems and any market enforcing overly restrictive monetary policies.

Josiah Hernandez is the founder and CEO of Satoshi Capital Advisors. Prior to SCA he was the chief strategy officer at Coinsource, a regulated Bitcoin brokerage focused on retail clients. Before that he headed global business development at Coinsetter, a Wall Street-based Bitcoin exchange focused on institutional clients that was acquired by Kraken in 2016. Previous to his employment at Coinsetter, Josiah learned the digital asset market through arbitrage trading. He is deeply passionate about the macroeconomic innovation potential that digital currency offers and is heavily involved in the global Bitcoin community.