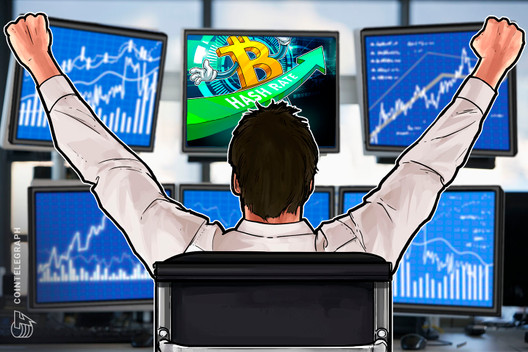 In a blog post on May 15, derivatives platform FTX confirmed it had launched a futures product which tracks not Bitcoin’s price, but hash rate.

Simply dubbed “hashrate futures,” the contracts track the average difficulty of the Bitcoin network each day from the start to the end of each quarter.

The difficulty is used, not hash rate, because as FTX notes, measuring hash rate accurately is impossible.

“However, given that difficulty adjustments attempt to maintain 10m block times, over long periods of time the average hashrate will be proportional to the average difficulty,” the blog post explains.

So that means that, roughly speaking, difficulty futures should behave similarly to hashrate futures.

Hash rate refers to the computing power dedicated to the Bitcoin network at a given time. The more hashing power there is, the stronger and more secure the network.

The mining difficulty is an expression of how complex it is to solve equations, which validate Bitcoin transactions.

Both were hovering near all-time highs, but the hash rate tailed off following Bitcoin’s block subsidy halving this week. At press time, however, FTX’s hash rate product was outperforming, with Q1 2021 contracts climbing from a value of around 16 to 21.5 on the day.

The contract value is calculated using the difficulty on a certain day, dividing the figure by 1 trillion to arrive at a two-figure number.

That relationship is also undergoing a change in favor of BTC, which now accounts for 67.4% of the cryptocurrency market according to data from CoinMarketCap. Bitcoin has managed to maintain at least 60% dominance since July last year.

At the same time, commentators note citing data, the amount of Bitcoin held on exchanges is falling, something they theorize tends to improve price performance.