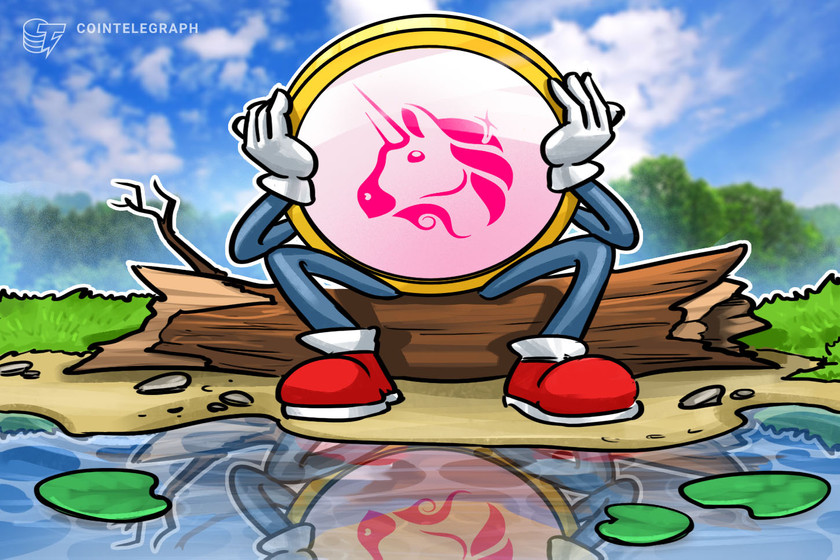 The biggest event of this week was definitely the sudden release of Uniswap’s token, UNI, which enriched many DeFi users by at least $1200 each.

Uniswap gave 400 of its tokens to anyone who had ever traded with the protocol, even if the interaction somehow failed. And by “anyone” I mean “any wallet” — some people almost certainly got more than one such allocation by having multiple wallets.

Sadly, I wasn’t one of them, and to be honest I barely used Uniswap anyway. In my treatise about decentralized exchanges I highlighted a few disadvantages of Uniswap and others like it. For me it was mostly the cost — trading fees are high, gas fees are high, slippage is high. Not saying that Uniswap is bad, it just didn’t satisfy my needs and I had better alternatives.

Obviously Uniswap launched a yield farming incentive shortly after, but this one is actually quite great. No Ponzi pools with UNI rewards for holding UNI itself, the emission schedule is fairly tame (as are yields), and the protocol directly benefits from this liquidity.

The pools used to farm UNI are a few iterations of Ether-to-stablecoin pairs and ETH to Wrapped Bitcoin. The latter is getting the most liquidity so far, which makes sense as it’s the pool least subject to impermanent loss. That one’s another major issue of Uniswap — liquidity providers may easily end up taking out less than they put in initially if sudden price changes occur. It’s easy to see how an ETH/BTC pair would have smaller price swings.

The incentives allowed Uniswap to break all total value locked records once again and become remarkably liquid, perhaps more so than many centralized exchanges. As an example, exchanging $100,000 worth of Ether into USDC only results in 0.06% slippage. That’s low, enough that liquidity is no longer a concern when dealing with these decentralized swaps.

Should Uniswap have the most valuable token?

Uniswap seems to have quickly heeded lessons learned from the SushiSwap debacle — reward the community with a token so that they’d have something to lose if they were to move to “greener” pastures.

For a moment there, the market cap of UNI was on par with SUSHI, its copycat, but the market rectified that quickly. It is now back to being one of the top 3 of most valuable DeFi protocols.

Still, it’s a bittersweet story. Every pundit seems to have expected UNI to settle around $10 if not more, based on the success of the protocol and the relative valuations of other projects.

But that hasn’t happened so far. In fact the native asset lost more than 50% of its all-time-high of around $8, though it has recovered somewhat as of this newsletter. Some of that could be due to the excessive number of free tokens that need to be absorbed by buyers. But I think the larger issue is just that the token came too late.

The market clearly seems to be reeling from months of partying. It’s natural — crypto market cycles rarely last more than a few months. For those who remember, even 2017 saw quite a few periods of depressed moods and extended drawdowns.

But there’s also the macro context to pay attention to. I hope it’s not controversial to say that the crypto market has been seriously correlated to stocks and the world economy at large since the March crash — and these seem to be falling back down as well now.

So while I agree that Uniswap’s token probably should be worth more than most other DeFi governance tokens, the market seems to be lacking that oomph to put it there. Given the way the world is going, the extra push it needs may take some time to materialize.

Yam Finance relaunched this week. The project was one of the first food coins to garner attention, but it failed and went comatose due to one missed division. The project was relaunched with no major incidents so far, but it seems that the developers are not satisfied with that and are planning a slew of features to better handle the rebase mechanics.

Cointelegraph Consulting released a report in which it surveyed over 50 DeFi project executives and founders to garner their thoughts on the future of the industry. Among the key insights, most believe that it will take between three and five years for DeFi to reach maturity. That’s a lot of time in crypto land.

Finally, if you thought a free $1,200 is a cool deal, how about $600,000? That’s how much an airdrop of MEME was worth at one point. The project apparently began as a satire on yield farming but then somehow transitioned into a market for “minting” NFT-based art.

There are a few interesting concepts there but overall, it all seems to be a further continuation of crypto doing crypto things. Kind of like Dogecoin.