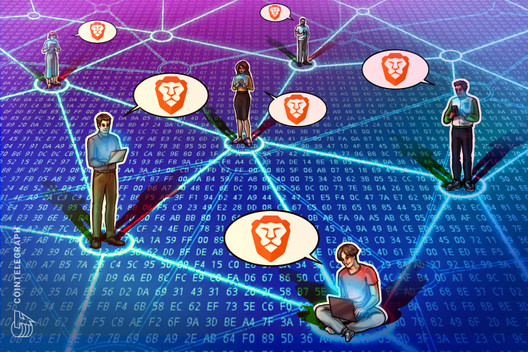 While Brave boasts over 13 million monthly users, few of them appear to be utilizing the cryptocurrency aspect of the platform.

While enjoying a wide user base, cryptocurrency-enabled web browser Brave's users do not seem to be taking advantage of its token features.

During a May 5 Twitter live stream, the CEO of major crypto exchange Binance, Changpeng Zhao, talked with Brendan Eich, the CEO and co-founder of Brave. Eich said that his crypto-enabled web browser reached 13.8 million monthly active users at the end of April, to which Zhao said:

“That’s probably the most active user base in crypto, to be honest.”

Still, Eich admitted that most do not actually use its built-in cryptocurrency features. He said that the number of users who choose to join the crypto-based Brave Rewards system that had their wallets active over the last 30 days is 1.7 million, about 12.32% of total users.

Eich explained that, when a user browses the internet, web activity is measured and tracked, and all of the data is used to target advertisements to that individual. He explained how the system works from the advertiser’s standpoint:

"People in advertising — working for the brands who make the products, goods and services we buy — will spend a lot of money to try to get you to buy their goods. And so they throw money into this digital ad system, and some of it causes you to see an ad or tracks you so they can decide what ad to show you, but at the end of the day you don’t get any of that money, all you get is the ads and the tracking.”

Eich explained that Brave’s browser blocks traditional advertising and tracking, and instead allows the user to choose to participate in a “clean” ad and donation model which is private by default.

The browser's Basic Attention Token (BAT) is meant to be a unit of account for user attention that can be used to support content creators and award users who view ads.

Since many Brave users are new to cryptocurrencies, Eich explained that the firm is attempting to onboard users by giving them free tokens in exchange for their activity in the Brave Rewards program. This allows users to participate in the system and earn tokens that they can automatically donate to creators or set up monthly contributions, much like Patreon. He continued:

“When we first released [Brave Browser] on desktop, it was 40% of the desktop browser share and as we added mobile we found people were less willing to use it, but we are working to make it more attractive to use by making it more convenient, making it reward the user more.”