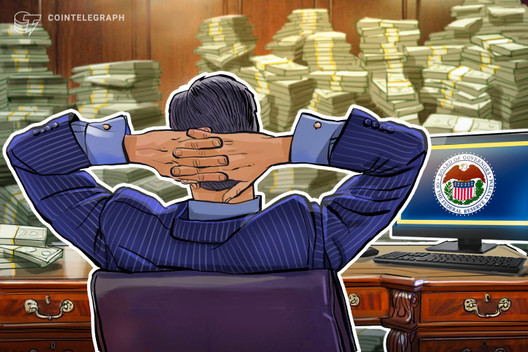 After several days of plunging markets, the U.S. Federal Reserve added $168 billion into the economy — a total higher than all money currently invested in Bitcoin.

Essentially, the U.S. Federal Reserve has put more cash into play in the economy.

For reference, the U.S. government just dealt approximately $23 billion more cash than all the money held in Bitcoin. Taking its status as a global asset into account, one might argue that Bitcoin may still be a bit player in the finance game.

The Fed flies into action amid market uncertainty

Oil fell over 20% in a single bound on March 9 — it was the commodity’s largest tumble since 1991. Meanwhile, the Dow Jones Industrial Average dropped 7.8% on the same day.

The Fed’s March 10 capital injection seems to have put life back into mainstream markets, as the Dow rallied 4.9% the following day.

Bitcoin, on the other hand, did not see the same rebound. The largest cryptocurrency is sitting at a 1.39% increase over the last 24 hours.