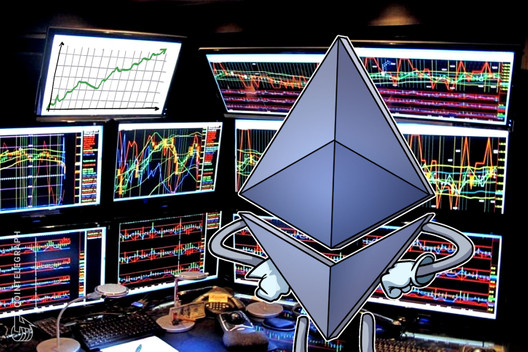 Centralization of ETH among the 100 largest wallets is growing, signaling that whales are accumulating ahead of Ethereum’s ‘ETH 2.0’ revamp.

Whales appear to be accumulating Ether (ETH), with the percentage of ETH supply controlled by the top 100 wallets standing near 25%.

The observation was made by blockchain data analysis firm Santiment, who tweeted that the centralization of ETH among top wallets suggests that whales are accumulating.

Santiment argues that the data indicates large investors “have a collective sentiment of the token being undervalued and believe it’s a great mid to long-term hold play.”

However, the company cautioned that signs of accumulation do not guarantee parabolic price action in the short term stating, “Sometimes these price rises take a bit of time after these accumulation rises.”

Despite Santiment’s analysis, the top 100 wallets represent a plurality of investors as many of the 20-largest wallets are owned by exchanges.

Whales may be accumulating in anticipation that the Ethereum ‘ETH 2.0’ revamp may drive another bull season for the second-largest crypto by market capitalization.

ETH 2.0 refers to a number of major upgrades planned for the Ethereum protocol to address speed and scaling issues, including proof-of-stake and sharding.

ETH breaks out of sideways consolidation

The speculation of increased ETH accumulation comes amid roughly one week of sideways consolidation at the $225 area. The Ethereum markets have since jumped by nearly 6% — with ETH currently trading for roughly $240.

The consolidation has followed nine consecutive green weekly candles, with last week’s bear candle comprising the sole red candle of 2020 so far. Despite the week’s nearly 25% sell-off, ETH is still up 80% this year.

When measuring against Bitcoin (BTC), ETH has gained nearly 47% since the start of the year. After retracing by roughly 10% last week, ETH is currently testing major resistance at the 0.026 BTC area.