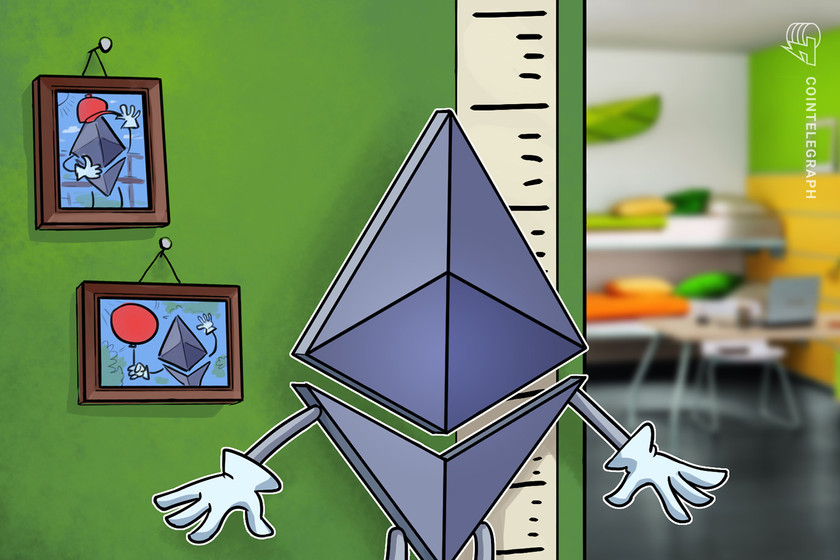 Ether's price is back on the path to a new high, but this key ETH derivatives metric signals that pro traders are exercising caution.

The price of Ether (ETH) fell by 19.6% on April 18, resulting in the quick liquidation of $1 billion in long futures contracts. Despite the size of this record liquidation and its impact on Ether's price, the futures open interest remained above $20.5 billion, which is 5% below the previous month.

After the sell-off, there were signs that investor sentiment deteriorated, which was evident in derivatives markets.

Historically, there's much higher borrowing demand for Ether longs as opposed to shorts. Over the past couple of days, the long-to-short ratio has flipped, reaching the lowest level since December 2018. 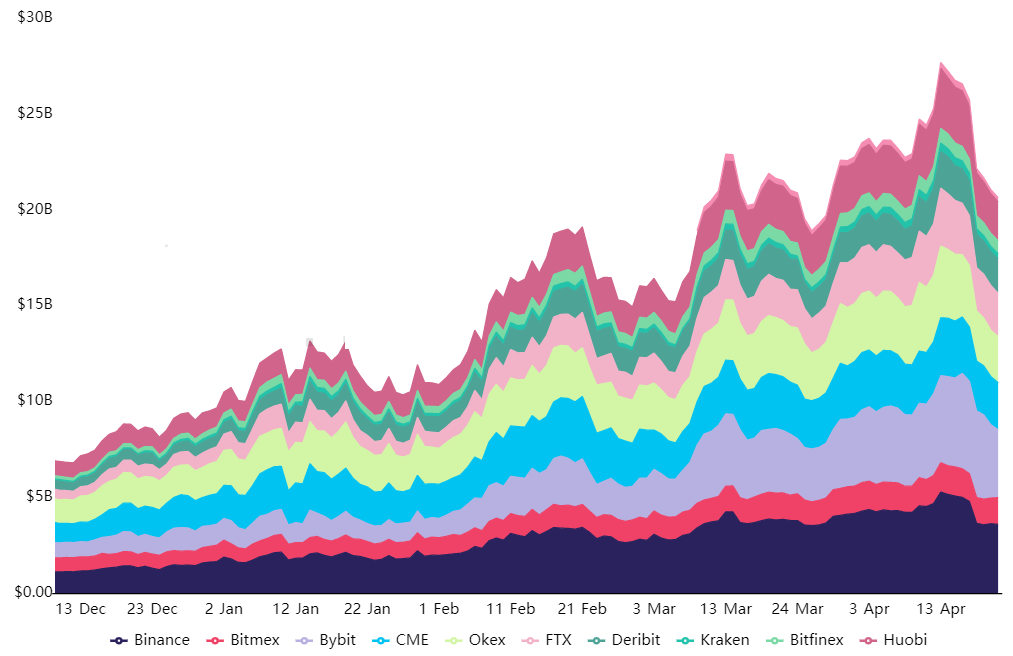 However, investors have reason to worry about potential harsh cryptocurrency regulation. Over the weekend, unsubstantiated news that the United States Department of Treasury would bring money laundering charges emerged. The focus would be financial institutions that have used cryptocurrencies, but little has come of this.

In February, Janet Yellen, secretary of the Treasury and a known crypto critic, cited the misuse of cryptocurrencies for illegal activities as a growing concern. Meanwhile, the Treasury's Financial Crimes Enforcement Network signaled that the reporting of foreign financial accounts could include digital currencies.

Therefore, investors' increased interest in Ether shorts could have been fueled by the potential regulatory changes. Curiously, Ether's price currently stands less than 5% below its $2,550 all-time high. 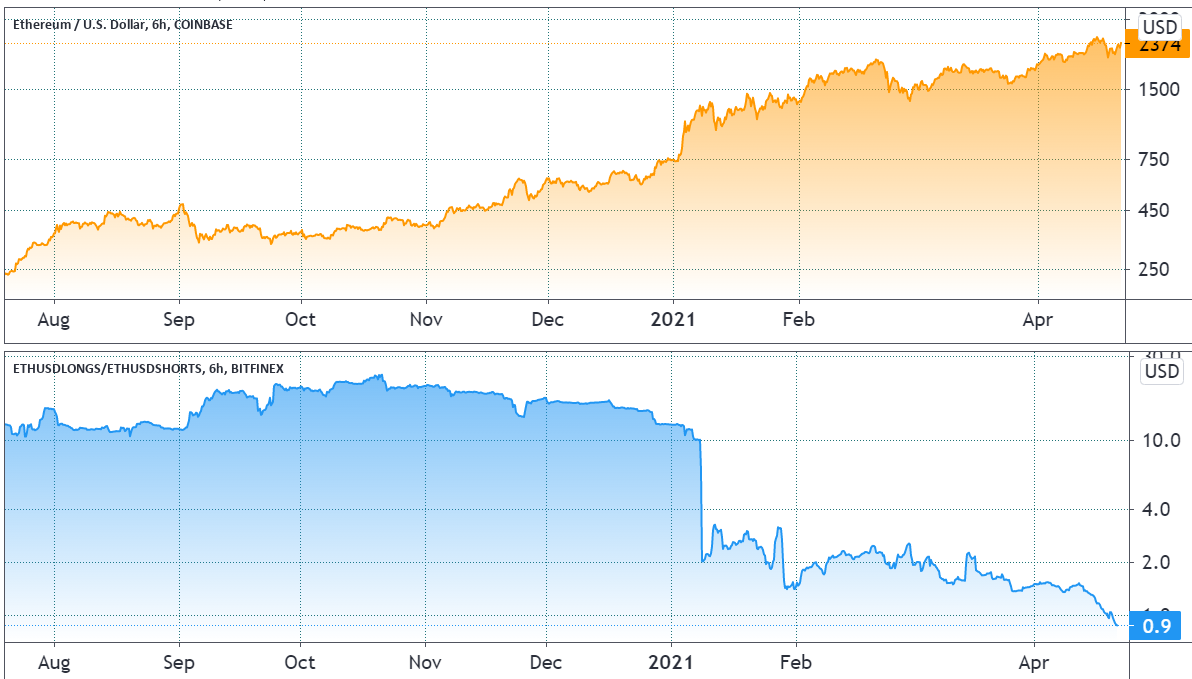 As the above chart shows, the average demand for Ether longs at exchange Bitfinex has been 65% higher than shorts over the last couple of months. On April 20, this indicator shifted, favoring the shorts and reaching its lowest level since December 2018.

Ethereum network congestion is another reason causing traders to act more carefully. Over the past couple of months, the average transaction cost stood near $16, making it quite impractical for individuals looking to facilitate smaller transactions.

The recent Berlin update has laid the groundwork for the much bigger London hard fork, which will activate EIP-1559. The controversial change will overhaul Ethereum's existing fee structure, but experts have stated that the new base fee mechanism would not provide a long-term solution for Ethereum' scalability problems.

Whatever the reason behind Bitfinex's margin markets shifts favoring bears, there's no indicator better than the 20% ETH price increase that took place over the previous four days. As of now, this isolated indicator should not be deemed worrisome, and it appears that Ether's price is en route to new all-time highs.