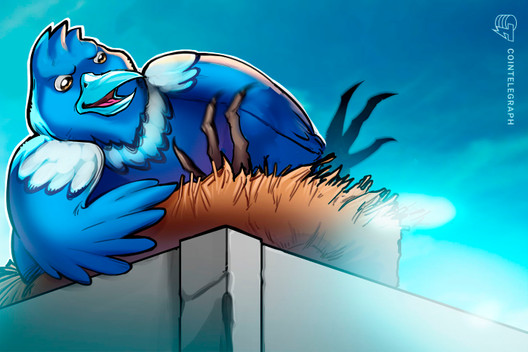 While Twitter CEO Jack Dorsey could potentially be ousted by investors, at least two major figures in the crypto industry have already voiced support for the exec.

Vitalik Buterin, co-founder of major cryptocurrency project Ethereum, and Tesla CEO Elon Musk, who is known for his active endorsement to crypto, do not want Dorsey to step down from his position at Twitter. Musk simply stated:

“Just want say that I support @Jack as Twitter CEO. He has a good [heart].”

Buterin specifically questioned the competence of a new potential CEO that would replace Dorsey, saying:

“I also #StandWithJack. Twitter certainly has flaws but @jack has done a vastly better job than what I expect/fear from a hedge fund appointed CEO swooping in to replace him.”

The comments come after Paul Singer, the billionaire founder of hedge fund Elliott Management, acquired a 4% stake in Twitter in a bid to push for major changes at the firm, including the removal of its CEO.

As reported by CNBC, Elliott now has more than a $1 billion stake in Twitter and has nominated four new board members. According to reports, Elliott has already caused troubles for major global companies like eBay, AT&T and triggered several CEO departures.

As reported by Cointelegraph, the activist investors apparently want to oust Dorsey for not paying enough attention to the company while focusing on his crypto business Square. Moreover, Dorsey has already faced criticism for his role as CEO of two publicly listed companies. Singer is also concerned about Dorsey’s plan to work up to six months a year in Africa.

Dorsey has emerged as one of the biggest public Bitcoin (BTC) advocates, voicing support of the world’s biggest cryptocurrency and claiming that it is the single currency of the future.