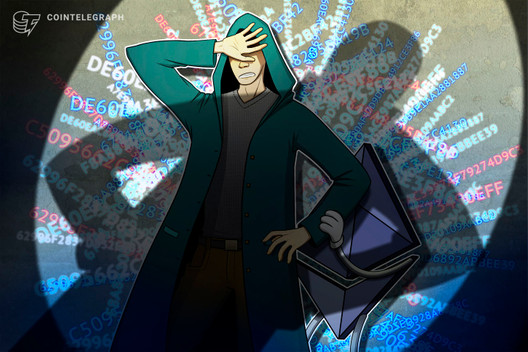 A proposal for the creation of a specialized decentralized autonomous organization, or DAO, has garnered debate within the Ethereum (ETH) community. The focus of this DAO would be to refund users who have mistakenly sent their funds to a wrong address, provided that the address contains less than three incorrect characters.

The proposal gathered steam in response to a user requesting help from the r/Ethfinance community on Reddit after claiming to have lost 40 Ether as a result of a single mistaken alphanumeric character entered into the receiving wallet’s address.

On May 6, user daso14 requested help regarding a transfer of 40 Ether for which one of the alphanumeric characters corresponding to their wallet address had purportedly been incorrectly copied onto his computer's clipboard.

In response, Reddit user conn6614 suggested the creation of a mechanism to salvage Ether that is accidentally sent to random addresses.

On May 16, Redditor SrPeixinho proposed a solution to the issue of the ease with which funds can be irretrievably lost as a result of a single mistyped character which would see a DAO created “to refund users that accidentally sent their Ether to the wrong address by 1-2 digits.”

The DAO would comprise “a simple smart-contract deployed on main-net,” to which the community would donate Ether. The DAO would be tasked with verifying misplaced transactions with less than three accidental inputs, and divert a percentage of the lost money to users from its smart contract.

The proposal has sparked significant discussion on Reddit, with many users advocating for the introduction of checksums.