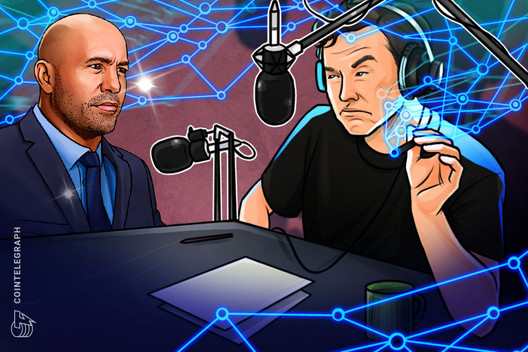 Some of the current U.S. population sees the economy as an ever-flowing gift basket that will continuing providing essentials even while the country is shut down from its regular work flow, Musk told Rogan on May 7.

"This notion though, that you can just sort of send checks out to everybody and things will be fine, is not true," Musk said referring to stimulus money the U.S. government sent to citizens.

In an attempt to right the currently struggling financial shift, the U.S. government has taken the cap off its money printer, putting a $2 trillion stimulus package in play.

Simply printing money whithout producing goods or services does not work, according to Musk. "If you don't make stuff, there's no stuff," he said. "You can't just legislate money and solve these things."

Built with a limited maximum 21 million coin supply, Bitcoin does not allow inflation. The only inflation seen in Bitcoin lies in its mining reward, which adds to its circulating supply from its maximum cap. Short of a consensus-driven hard fork to Bitcoin's blockchain, that cap can never be raised.

Musk and Rogan failed to mention Bitcoin during the lengthy two hour interview however, according to a transcript scan of the chat.

Gold bug Peter Schiff also weighed in on the interview with a tweet on Musk's comments. "Once foreign demand for dollars crashes, and we can't import the stuff others make, there's also no stuff," Schiff said, also failing to mention Bitcoin as a part of a possible solution.

Schiff has made a name for himself as an anti-Bitcoin personality. Musk only reportedly owns roughly 0.25 BTC himself, as of 2019.