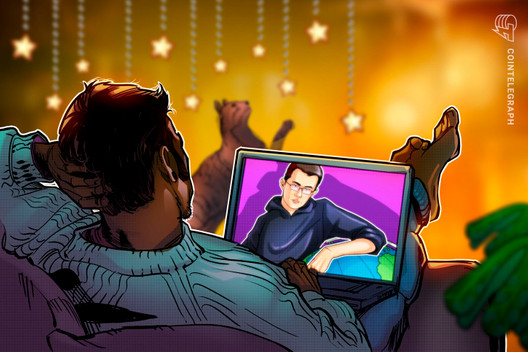 Binance founder and CEO Changpeng Zhao, otherwise known as CZ, believes that the African continent holds some unique opportunities for cryptocurrency adoption and development. The Binance leader provided a number of interesting insights during an exclusive “ask me anything” session hosted on Zoom for key members of the African cryptocurrency community, which Cointelegraph participated in.

Binance, which has established itself as the world’s largest cryptocurrency exchange by trade volume, has slowly been opening up satellite trading platforms in a number of African countries. Uganda was the first country to welcome Binance to the continent in 2018.

Binance has since launched trading support in countries such as Nigeria and most recently South Africa, which included the provision of trading pairs and fiat deposits for users using South African rands. The company’s foray into the African continent began in earnest in 2018, as CZ explained during the AMA.

“Even from the first day when Binance launched, we had users from Africa, and they were actually relatively active. So, we’ve always known that Africa is an important market. And so, I think it was early 2018 that I visited Uganda, Togo, Nigeria at the same time — and also Ethiopia. So, I had a little tour around Africa just to learn a little bit more about the market, and soon after that we opened Binance Uganda.”

The past two years have seen Binance branch out into a number of African countries, while its charity arms and incubation services have supported start-ups and made donations to the needy. CZ believes that the continent will become another vital cog in the company’s ever-growing base.

“We view the entire African market as a really key market, and this year we were very lucky to be able to find a good banking partner in South Africa, and we are able to now accept banking deposits directly through bank accounts. [...] We will soon be able to launch credit card buying as well. South Africa, and Africa as a whole, is a really important market for us.”

Africa is untapped, but not without challenges

As previously covered during the 2020 Blockchain Africa conference hosted in Johannesburg earlier this year, the continent is ripe for technological innovations that could provide solutions to the huge number of unbanked people. Cointelegraph posed its own question to CZ during the Zoom session, asking if the Binance CEO sees Africa as a relatively untapped market for cryptocurrency exchanges.

“Yes, absolutely. I think that in South Africa there’s a few crypto exchanges — they’re doing quite well. But I believe they are still relatively small. I’m not sure how profitable they are or how sustainable they are. In other parts of Africa, I think the coverage is very weak, is very poor. I don’t think it’s very easy to buy cryptocurrencies in Africa right now overall, so we want to help improve that situation.”

Despite the fact that Binance is rolling out peer-to-peer platforms and its own centralized exchange platforms in certain countries, there is still a lot of room for growth. CZ pointed to the fact that the provision of trading pairs in native fiat currencies is gaining traction in countries such as Nigeria where daily trading volumes have surpassed $1 million per day on Binance.com.

Nevertheless, the sheer number of Africans that are unbanked remains a major barrier to entry, as does basic Know Your Customer processes being carried out due to varying socioeconomic difficulties facing many Africans:

“It is a very much untapped market. There’s a different set of challenges there. I think basically, that’s the reason for it being untapped. Working with banks there is a little bit more difficult. The banking API interfaces are slightly older or nonexistent, and the number of people having bank accounts are quite low. So, even if you have a bank account support, the overall population you can tap into [is] still in the low double digits.”

CZ went on to add that even the most basic things like verifying users have proven to be challenging in some cases: “Many people in Africa does not have Western-style addresses. [...] For exchanges that tap into this market, they have to address all of those issues. So, we’re trying to overcome all of those issues.”

Fiat on-ramping is a key driver of adoption

Another key takeaway from the AMA with CZ was the importance of fiat deposits bringing new cryptocurrency users into the ecosystem. This could become even more important as the world tries to grapple with the effects of the ongoing coronavirus pandemic.

As the founder of Binance explained, the world will have to adapt to new ways of working post- COVID-19, and that could have a profoundly positive effect on the adoption and use of cryptocurrencies:

“I think in the post-COVID-19 world, things will be more digital. They will be more online, more virtual. [...] Right now, everyone’s staying home. People are buying things online. You can buy them using fiat currencies, or you can buy them across the world using cryptocurrencies. So, I think the future world, post-COVID-19, is a world that — I think it’s gonna be really great for cryptocurrencies.”

CZ pointed to a number of secondary and tertiary effects of the ongoing pandemic. A major consideration has been the need for fiscal stimulus from a number of central banks, in the form of newly minted fiat currency.

At the same time, Bitcoin has just carried out its third-ever halving event, which saw the block reward from mining halved from 12.5 BTC to 6.25 BTC. CZ believes that both situations will have a positive effect on the cryptocurrency ecosystem as a whole:

“There is a lot of fiat money being printed, while we’ve just gone through the Bitcoin halving. So, the new supply of Bitcoin is actually very limited, and the fiat money is being printed in record quantities now. So, I think the cost of everything will increase very soon. We will see hyperinflation. All of those things are actually really good for cryptocurrencies and for the overall blockchain business.”

That is where providing a proverbial on-ramp for non-crypto users will become a crucial cog in driving the adoption and proliferation of cryptocurrency use in Africa and around the world. The Binance founder wants to create the pathway for that to happen:

“I believe that creating, providing liquidity is [...] gonna be a key role, a key feature that people require. [...] Imagine a world with thousands or tens of thousands of cryptocurrencies you will have to exchange when you cross from one currency to another. So, I think crypto exchanges will play an increasingly important role in that new world. [...] Payments, other things could come later, but right now [...] our focus is really just building the bridges so people can enter the crypto space. So, those are the fiat gateways that we’re working really hard to build.”