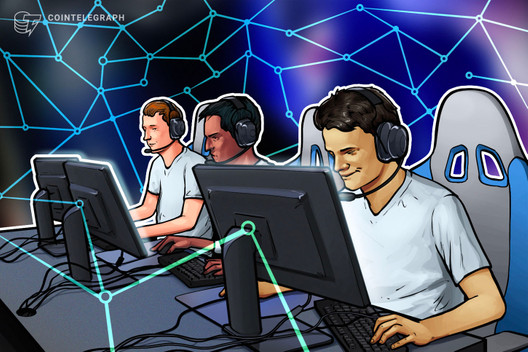 The team behind CryptoKitties, Dapper Labs, has launched an interactive interface for developers to experiment with building smart contracts on the Flow blockchain.

Developers are able to write and run smart contracts, and will be able to explore Dapper Labs “new resource-oriented programming language” Cadence. The language is designed to simplify programming tokenized assets and includes features from Swift and Rust.

Dieter Shirley, the CTO of Dapper Labs, told Cointelegraph that “a lot of the teams that are active in the [non-fungible token] space” have expressed interest in experimenting with the platform.

Shirley added that the Flow blockchain was built to alleviate the “pain of implementing smart contracts” using other protocols.

The Flow blockchain was introduced in September 2019, with Dapper Labs describing it as a “developer-friendly blockchain built to support entire ecosystems of apps, games, and the digital assets that power them."

Warner Music and UFC to launch digital assets on Flow

In September 2019, Warner Music revealed that its blockchain team would work with Dapper Labs to create tokenized assets on its public chain.

On Feb. 26, 2020, Dapper Labs announced it would work with the UFC to launch blockchain-based assets accompanying a blockchain game for mixed martial arts fans. The game will allow fans to own “tokenized representations of their favorite fighters,” which they can then train and level up.

Shirley stated that he expects the game will spawn a flourishing digital ecosystem including secondary trading markets for the tokens.