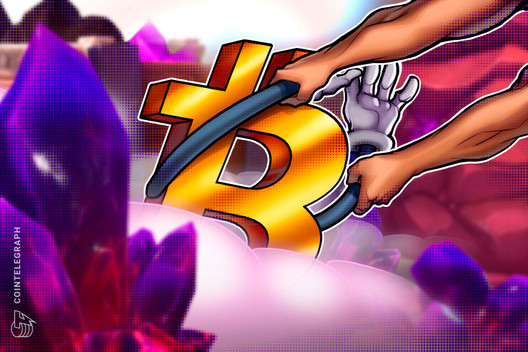 The recent market crash could be Bitcoin’s biggest opportunity since its creation in 2009, BitMEX says.

BitMEX, the world’s second largest crypto exchange by daily trading volume as of press time, believes that amid the ongoing global coronavirus crash, Bitcoin faces its biggest challenge and the opportunity to prove its potential during the global financial crisis.

On March 17, BitMEX’s research arm, BitMEX Research, published an analysis of the ongoing impact of COVID-19 pandemic on the financial markets. Titled “Inflation Is Coming,” the blog post by BitMEX Research outlines the coronavirus financial market crash as the biggest economic turmoil since the 2008 financial crisis. In the same analysis, BitMEX also compared the downturn with the 2000 Dotcom bubble and the 1997 Asian crisis.

Pointing out that inflation is likely to reveal “one clear winner” under a new global financial regime, BitMEX Research emphasized that Bitcoin — created in 2009 as the first ever cryptocurrency — now has its biggest chance to purportedly prove its worth.

“In our view, in this changed economic regime, where the economy and financial markets are set loose, with no significant anchor at all, not even inflation targeting, it could be the biggest opportunity Bitcoin has seen, in its short lifetime.”

On the same day as BitMEX’s post, a different blog post tried to explain why Bitcoin experienced a major sell-off last week, plunging to as low as $3,600. As reported by Cointelegraph, BitMEX blamed two DDoS attacks for crashing its platform on March 13.

On March 16, famous billionaire investor and Bitcoin bull, Tim Draper, predicted that “it will be Bitcoin, not banks and governments, that save the day” after the world comes back from the crisis.

Apparently, Bitcoin is not the only cryptocurrency that is expected to prove itself during the global financial market’s ongoing instability. As reported by Cointelegraph, amid the global market turmoil, stablecoin cryptocurrencies have gained significant market share. Compare this to the industry’s altcoins, which experienced a major drop in their market capitalization during the same period. As such, Circle’s USD Coin (USDC) reached a new all-time high of $568 million on March 14 — the day after Bitcoin touched a multi-month low of $3,600.