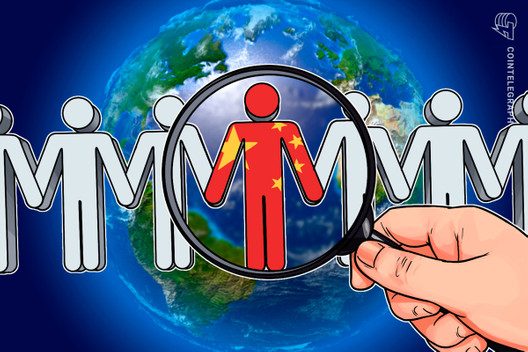 CoinMarketCap, which recently became a Binance company, released a report on Q1 crypto market performance, as seen from its perspective. One of the more interesting details is the significant decrease in users from China.

As revealed by the report, published on April 30, China fell from 13th to 24th position in the country rankings by page views. A less dramatic but sizable decrease was also seen from South Korean users, who fell by 3 positions to the 19th place.

Furthermore, CoinMarketCap noted that the decrease largely occurred in the period between Jan 14 and 25, after which its ranking remained stagnant.

The report connects this to the Coronavirus pandemic and resulting country-wide lockdowns, with the events largely unfolding in that period, culminating in the Jan. 23 lockdown of Hubei, the epicenter of the disease.

The report speculated that part of the reasons may be due to increased censorship from the Great Firewall.

The explanation behind this decrease is not immediately apparent, as forcing people to stay at home would naturally result in increased usage of the internet. However, the effect of economic uncertainty from the lockdowns would act in the opposite direction, discouraging traders from participating in high-risk activities.

Amey Wang, chief editor at Cointelegraph China, believes that Coinmarketcap’s hypotheses are valid. “Because of the coronavirus, the firewall is more serious than before,” she said. Many VPN services suffered outages in China as the country’s officials sought to restrict outside access.

But she also said to have observed people having “more time to speculate in the cryptocurrency market because of the coronavirus.”

It is difficult to access statistics about trading volume in China, due to the fact that cryptocurrencies are officially banned. Exchanges like Huobi and OKEx, while incorporated outside of China, are nevertheless mostly used by Chinese traders.

According to data from Similarweb, both Huobi and OKEx saw decreases in their share of Chinese users from February to March. Data for January is not available, but their overall traffic figures were in fact growing throughout January and February.

Similarweb data from Gate.io, which also sees a lot of traffic from China, shows a similar decrease in traffic share from February. A deep trough in traffic from December to January could support CoinMarketCap findings, but this dip is also partially seen in Western-centric exchanges like Coinbase.

It appears reasonable that crypto trading activity slowed down in China during the lockdown, but CoinMarketCap’s figures could also have a different explanation.

CoinMarketCap saw significant growth in the number of female users, averaging +48% since Q4 2019. In terms of age, two polar opposite categories saw the most growth: the 18-24 bracket and 65+ group, with +46% and +41% growth, respectively.

The report also analyzed the price performance of crypto assets, which had a highly volatile period. It noted that some assets managed to post positive growth over the entire period, despite the March 12 crash.

The company also noted that the pandemic put Bitcoin’s safe haven asset theory to the test, concluding that “it is still too early to foretell the role and fate of crypto.”