CoinMarketCap Gets Ready to Play Cat and Mouse Games With Exchanges 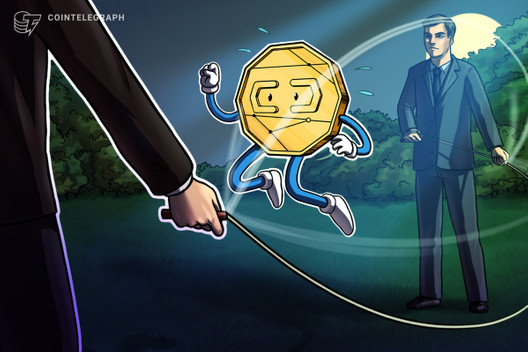 As part of an announcement made on May 13, the cryptocurrency price aggregator is set to implement the first of its newly outlined steps tomorrow, on May 22.

The first step will be relatively minor as it removes the “adjusted volume” tab on each coin’s page. This was done to prevent any misunderstandings, as the metric simply excludes volumes from certain types of exchanges. Among these are derivatives exchanges, platforms with no transaction fees, or those using transaction mining.

These tend to have naturally higher volume, especially in the case of derivatives that never trade the underlying asset. CoinMarketCap said that this metric generated confusion, as people assumed that it removed fake volumes.

The bigger change will be the confidence score, which will be introduced starting from May 29. Each market pair will feature a confidence indicator to flag suspicious behavior. It will be based on a “machine learning algorithm” that will take metrics like the liquidity score, web traffic factor, order book depths, and order timestamps to determine if the volumes are inflated, and by how much.

This factor will be used to rank market pairs, instead of relying on reported volume. The interim CEO of CoinMarketCap, Carylyne Chan, told Cointelegraph that the plan is to eventually use similar metrics when ranking exchanges, instead of the current method that only takes web traffic into account.

“This is part of our iterative plan, and we will announce these changes as we make them, on our blog,” she added.

When asked why the aggregator is not simply adjusting volumes believed to be fake, Chan replied:

“It is not a straightforward path to simply adjust volumes, as you can imagine, or we would have solved this long ago!”

She added CoinMarketCap will not attempt to censor or silence data in any way. Instead, the confidence score will serve as an interpretation of exchange numbers.

Bobby Ong, the COO of CoinMarketCap rival, CoinGecko, told Cointelegraph that the confidence score is “just a more simplistic version of the algorithm that we at CoinGecko have done for over a year now.”

According to him, the three factors used by CoinMarketCap are elementary, with Ong adding that their rival will need to “go deeper to get a more holistic picture of things.”

Ong shared that exchanges are already positioning themselves to game the similar Trust Score metric introduced by the company:

“This is a cat and mouse game and we intend to add more metrics to further improve exchange tracking. We have already started noticing that since launching Trust Score, certain exchanges are already starting to pad their order book and buy fake traffic.”

When asked whether web traffic could be a reliable measure against fake data, Chan replied:

“In our upcoming Confidence indicator [...] it will go very much beyond just web traffic, to include an amalgamated and comprehensive analysis of liquidity, traffic, and volumes using our algorithm.”