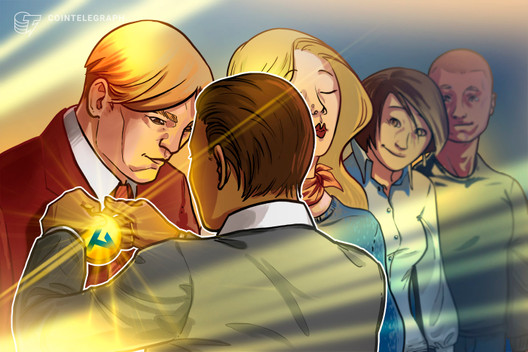 Coinbase Custody and Bison Trails have joined the Proof of Stake Alliance, an organization lobbying for better tax and regulatory treatment of staking rewards.

Coinbase Custody and Bison Trails have joined the ranks of the Proof of Stake Alliance (POSA), a Jan. 30 press release announced. Together with the alliance, they will advocate for the adoption of clear regulations on staking proceeds, as well as other development initiatives.

The Proof of Stake Alliance is an advocacy group founded in 2019 and featuring more than 18 members. It engages in regulatory and congressional discussions to promote staking-friendly regulation, as well as organizing events and educational initiatives.

As COO at Polychain Capital and POSA board member Matt Perona explained to Cointelegraph, the organization's primary goal is to change the taxation regime for staking rewards:

“First, POSA is working to address how staking rewards received by token holders are taxed. POSA is currently trying to differentiate tax treatment from bitcoin mining guidance so that staking rewards are taxed on the disposition of the asset (the sale of the reward) as opposed to the receipt.”

Both mining and staking rewards are currently taxed in the U.S. as direct income, which offers a much higher rate than capital gains tax normally reserved for traditional assets.

The role of Coinbase Custody and Bison Trails

The new members of POSA will be helping the alliance to amend this regulation, as both organizations are deeply invested in the staking ecosystem by providing customers with the means to stake their assets.

A white paper drafted by Abraham Sutherland, a professor at University of Virginia School of Law, argues that the existing treatment is unfair.

In addition to its work on tax regulation, the alliance is also engaging with regulators such as the SEC and FinCEN to work on issues related to securities and money services regulation.

Both Coinbase Custody and Bison Trails will assist POSA in its initiatives. Replying to questions about their specific contribution, Perona explained:

“[They will conduct] meetings on the hill with congressional representatives educating them on Proof of Stake based technologies and their potential use cases. Meetings with regulators (SEC, IRS, Treasury, FinCEN) educating them on the intricacies of the technology and building a regulatory framework that allows for the growth and adoption of staking based technologies. Taking part in working groups and helping implement best practices industry standards”

The alliance’s educational efforts do not include institutions, however. When asked whether POSA is making efforts beyond regulator outreach, Perona replied:

“Currently, POSA is focused specifically on engaging with regulators and policymakers and trying to build a regulatory framework that is conducive to the growth of the staking industry. Our individual members might be having those types of conversations [with institutions] but POSA is not focused on that nor is it a function of POSA.”