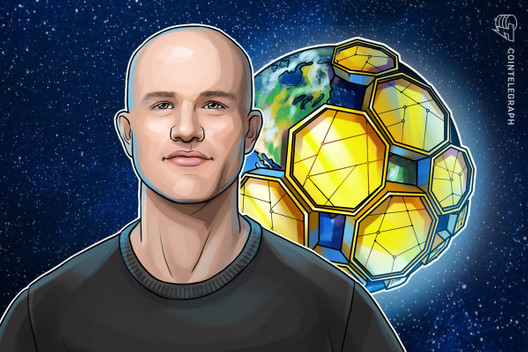 Brian Armstrong, the CEO of major cryptocurrency exchange Coinbase, explained what developments he believes will drive the growth of cryptocurrency’s’ user base.

In a series of tweets on March 4, Armstrong illustrated how the developments that resulted in the mass adoption of the internet are similar to the work that is currently being done on cryptocurrencies. While he admitted that it is not clear which blockchain “will help get crypto from ~50M users to 5B,” he predicted:

“The chain that manages to ship some of these scalability, privacy, decentralized identity, and developer tool solutions will have a big leg up.”

The similarities between crypto and the early internet

The inspiration behind the tweets was a recent chat Armstrong had with A16z co-founder Ben Horowitz about the parallels between the early internet and cryptocurrency. Horowitz was formerly a product manager at Netscape, the firm behind the eponymous web browser which had a market share of over 90% in the mid-nineties.

Armstrong explained that Netscape developed the tools that allowed the internet to go mainstream and attract millions of developers and startups. He said that in the early days of the internet, dial-up modem bandwidth severely limited access to content and lack of privacy standards prevented people from trusting the web with their credit card credentials. Armstrong noted out the similarities with the current crypto landscape:

“Anyway, the parallels to crypto are pretty staggering here.... Slow internet speeds/dial up models reflect early challenges in scaling blockchains. [Internet traffic encryption standards] SSL and HTTPs are similar to some of the privacy coin efforts.”

Overall, Armstrong said that to reach mainstream adoption the cryptocurrency space has to work on scalability, privacy, decentralized identity standards and tools that make development easier. Still, he noted that “there are a number of teams now racing towards this prize.”

Cryptocurrencies are moving ever further from being a novel technology only used by information technology enthusiasts. As Cointelegraph reported earlier today, Therese Chambers — director of retail and regulatory investigations at the United Kingdom’s Financial Conduct Authority — said that cryptocurrencies are losing their fringe status as they are becoming more like traditional finance.

Access to crypto-assets is also becoming increasingly easier for people worldwide. Data shows that the number of crypto ATMs across the globe has grown to over 7,000 and such machines can now be found in 75 countries.