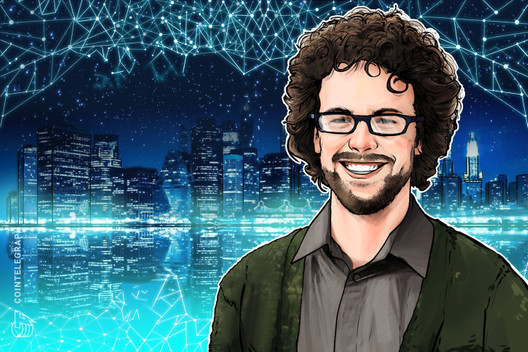 Peter Van Valkenburgh speaks on the value of decentralization and how it plays into Coin Center’s mission in U.S. policy.

Formed in 2014, Coin Center was the first non-profit to focus on defending the independence of decentralized blockchain networks and cryptocurrencies in front of regulators in the United States.

Peter Van Valkenburgh was one of the first hires at the fledgling think tank, coming on as director of research in 2015. He recently spoke with Cointelegraph on why it’s important to have a non-profit sticking up for networks like Bitcoin’s.

Describing Coin Center’s mission and what makes it distinct from other crypto-focused lobbying outfits, Van Valkenburgh said "Because the internet is a shared public resource, so there should be a non-profit rather than a private corporation defending it."

Van Valkenburgh acknowledged a kind of lineage with the Electronic Frontier Foundation, a digital rights non-profit that emerged at the beginning of the 90s to defend technological advances like email:

“Part of the goal of starting Coin Center was to be something similar to the Electronic Frontier Foundation to really deal with the financial regulator side of things."

The question of decentralization today

Coin Center’s early work was deeply tied to the defense of Bitcoin. Even still, "We knew back then that Bitcoin wouldn't be the only one," Van Valkenburgh said. Other tokens like Litecoin were already operational. Ethereum had issued its white paper. Early on they had to sort out what kinds of projects they would and would not defend.

Prefacing a 2016 report to break down blockchain technology to new readers, Van Valkenburgh wrote on the central question of “the key variables within consensus mechanism design that differentiate so-called permissioned or closed and permissionless or open blockchains.”

"We sort of had a criteria that we developed back then that we still use today,” Van Valkenburgh explained to Cointelegraph:

"What we're interested in defending is any kind of ‘open network,’ which means the software is open source (transparent and freely editable) and the network has a competitive protocol for who gets to write new blocks to the blockchain. So proof-of-work, proof-of-stake systems are generally what we're into."

The clearest examples are Bitcoin and Ethereum. "These things today are, we believe, credibly decentralized," Van Valkenburgh explained. However, since the boom in initial coin offerings in 2017 and the SEC’s subsequent pursuit of ICOs as illegal securities offerings the question has taken on greater urgency. Just Tuesday, Telegram abandoned its Telegram Open Network — including its native Gram tokens, which had garnered more than $1.7 billion in their ICO — in response to a lawsuit from the SEC.

If the early projects of blockchain launched today, would they survive the current regulatory gauntlet? "I think you could still do Bitcoin. Since the beginning of our advocacy in this space, we usually have at least one sentence saying, ‘if you really want to build good decentralized networks, Satoshi was able to build one without a pre-sale,’" said Van Valkenburgh.