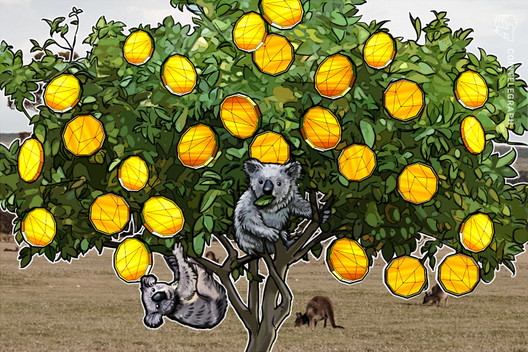 CEO behind a new Aussie dollar stablecoin said finding a bank to hold the coin’s cash reserves was the biggest challenge.

Australian blockchain firm, Chrono Tech, has been experiencing difficulties securing a banking partner amid the launch of an Australian dollar (AUD)-pegged stablecoin earlier this month.

The AUD Token (AUDT), available on Chrono Tech’s platform, can be redeemed 1:1 for Australian dollars held by a licensed Australian bank. However, as Chrono Tech’s CEO, Sergei Sergienko, reveals, securing a banking partner was not easy.

In an interview with Cointelegraph, Sergienko discussed his company’s transition from planning a “labor hour token” to launching a stablecoin, and the regulatory and banking climates for crypto companies in Australia.

Sergienko said that “the hardest challenge” involved in the stablecoin’s development and launch was finding a bank that could hold it in reserve:

“There was discussion with a couple of the big four [Australian banks], and everybody in their research teams were excited about it, but nobody wanted to take the first step.”

Despite getting turned down by Australia’s oligopoly, Chrono Tech quickly found that many smaller banks were looking at blockchain as an exciting niche:

“The new banks are very receptive towards crypto, because as they struggle to gather adoption and [try] to switch people to them, they are looking at crypto as a niche of sorts. They don't throw you out the minute they hear crypto.”

That said, he’s reluctant to name the bank in case the publicity gives them cold feet.

Sergienko told Cointelegraph that he hopes the fiat-backed ERC-20 token will become a popular means for Australians to transfer money and make payments, both domestically and internationally:

“The ideal use case for it is when somebody pay for something or gets money in an account in AUD, and they want to send it their friends, or pay for something — a service in the U.S. or whatever — they just click a button and the guy on the other end will receive in a couple of Ethereum blocks.”

The company initially began work on something called a ‘Labour Hour Token’ (LHT) in 2016. That was a token backed by legally-binding contractual obligation to provide real-world labor hours.

However, they shifted to the creation of an AUD-backed stablecoin roughly 12 months ago:

“It became apparent that [LHT] was too hard for people to understand, so we thought a stablecoin based on AUD would be more appropriate, since we are based in Australia.”

Sergienko noted that Chrono Tech encountered few regulatory challenges in issuing the stablecoin, stating that it “definitely was not difficult” to get the licensing required to convert between cryptocurrencies and fiat currency.

AUDT was launched at the start of March and is integrated into the Chrono Tech ecosystem. Chrono Tech’s platform also includes PaymentX — an automated cryptocurrency payroll solution for individuals and businesses, TimeX — a Plasma-based hybrid exchange, and LaborX — a cryptocurrency-powered freelance marketplace.