Chinese blockchain spending in areas of investment and financing deals has dropped over 40% in 2019, according to a new study by state-run sources.

Over the course of 2019, China totally had 245 investment and financing deals, which is nearly 60% less than in the preceding year.

Chinese blockchain investment spending has seen the biggest numbers in 2018

According to a joint study by China’s government-run financial information and media firm Xinhua and financial data platform Rhino Data, the total amount spent in blockchain investment deals has accounted for 24.4 billion Chinese yuan ($3.6 billion). Officially released by Xinhua Finance on Jan. 15, the study says that that figure dropped 40.8% in 2019 compared to 2018.

However, both the value and number of deals have significantly increased since 2017, the report notes. As such, the year of 2018 remains the peak in terms of blockchain investment spending for China so far, with over 600 deals taking place across the year, while 2017 accounted for just 168 deals, according to the data. 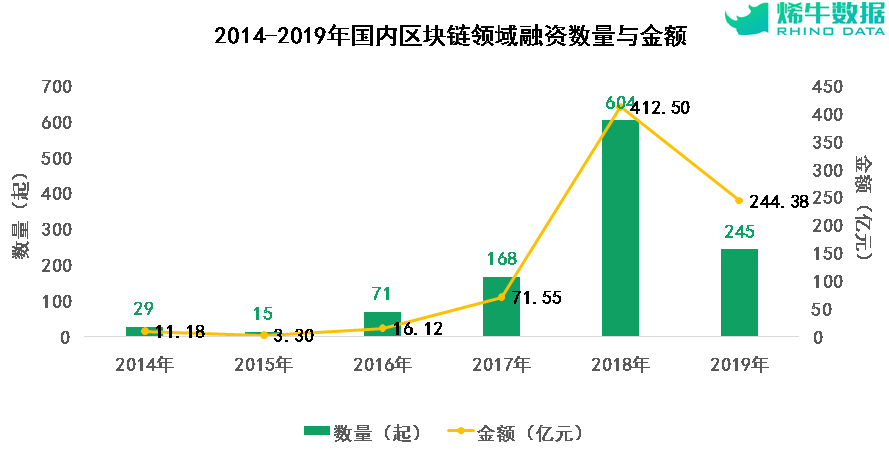 As part of the study, Xinhua found that early-stage investments like Series A funding rounds accounted for 43.3% in 2019, while the proportion of strategic investment and mergers and acquisitions in the second half of 2019 increased significantly. Additionally, 292 institutions have totally participated in those investments, with Beijing, Shenzhen and Hangzhou attracting the biggest blockchain projects.

As China has been strengthening its blockchain expertise even more exhaustively after its President called the country to accelerate blockchain adoption in late October 2019, the fact that blockchain spending in the country has actually dropped in 2019 looks somewhat unexpected.

In late 2019, Xinhua cited a study by American market intelligence firm IDC predicting that the country’s spending on blockchain technology will exceed $2 billion in 2023.

Alongside actively funding blockchain initiatives, the Chinese government has also made progress in its development of a government-backed digital currency, the digital yuan. As reported by Cointelegraph, the People’s Bank of China had researched the CBDC for five years before putting forward its first real-world pilot of the currency in December 2019.