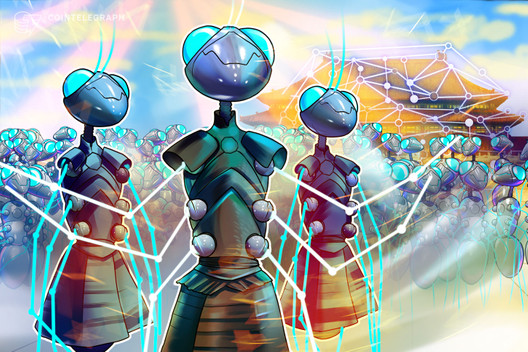 Officials from the People’s Bank of China push to accelerate adoption of the country’s Fintech Development Plan.

The People’s Bank of China, or PBoC, Financial Technology Committee held its first meeting of the year this week. During the meeting, the central bank’s deputy governor, Fan Yifei, urged that the country’s blockchain adoption strategy be accelerated.

According to a report released by Sina on May 13, the bank’s deputy governor met with both PBoC officials and the heads of their affiliated financial companies. During the talks, Fan highlighted the importance of the blockchain and fintech industries, openly seeking to ensure that the country’s adoption plan will be successfully implemented by its established 2021 deadline.

Digitization of the national economy

Fan stressed the need for “accelerating the digitization” of the Chinese economy.

The meeting included an overview of scientific studies which test the introduction of new policies to encourage the development plan.

Officials stated that it is necessary to study the fintech development index system, carefully monitor dynamics, and make a comprehensive evaluation to guide financial institutions to accelerate the digital transformation.

One conclusion of the meeting was:

“It’s necessary to strengthen the application of regulatory science and technology, actively use big data, artificial intelligence, cloud computing, blockchain, and other technologies to strengthen the construction of digital supervision capabilities.”

The Fintech Development Plan focuses on the standardization of cross-market fintech operations in China, revealed in August 2019.

China’s interest in blockchain technology continues to grow. Cointelegraph reported on March 4 that the Chinese province of Hunan established its first provincial blockchain zone in the city of Loudi.

Another Chinese province, Hainan, joined the blockchain ecosystem with the announcement of a cross-border financial services platform on May 09.