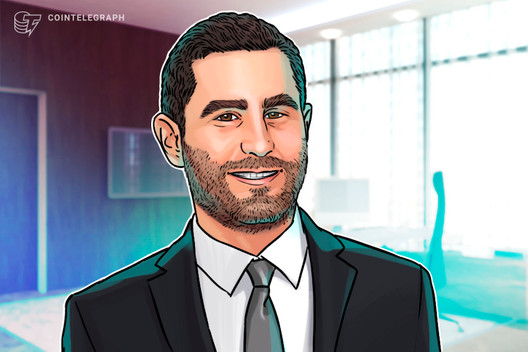 Charlie Shrem gave Cointelegraph an exclusive update to the mysterious story of a letter he received in 2014 from a ‘Marcel Mellish.’

In an exclusive interview with Cointelegraph during Virtual Blockchain Week, crypto pioneer and founding member of the Bitcoin Foundation, Charlie Shrem, revealed new information surrounding a mysterious letter he received in 2014.

In 2011, Charlie Shrem co-founded BitInstant. The company would emerge as one of the few Bitcoin (BTC) exchanges to gain traction during the infancy of cryptocurrency — raising $1.5 million in a fundraising round led by Winklevoss Capital Management.

In January 2014, Shrem was arrested on suspicions of conspiring to launder $1 million, and was sentenced to two years in prison in December 2014 after pleading guilty to the reduced charge of aiding and abetting unlicensed money transmission.

In May 2014, Shrem received a mysterious letter from someone named ‘Marcel Mellish’. The letter was later published on Two-Bit-Idiot’s blog.

Shrem wrote that some of the individuals he shared the letter with had “suggested an underlying message, possibly a private key, or someone reaching out.”

The letter appears to erratically use intentionally misspelled Yiddish words, and features quirks in its writing conventions and formatting. The letter was also printed on yellow paper — which Charlie believed was employed to evade automated letter scanning systems.

When asked if there has been any update to the story of Marcel Mellish since 2017, Shrem revealed to Cointelegraph that he received a curious breadcrumb in the story back in Feb 2017.

“I got a weird email from someone completely unrelated [to] Bitcoin, a person who owns a restaurant in like Chicago or something that said he got a letter from a Marcel Mellish as well. And he emailed me the letter, and his letter — everything was the same, except the content was different.”

“I remember waking up in the morning and I got this e-mail, and the title was ‘we also received a letter from Marcel Mellish,” Shrem stated, before finding and reading the email aloud:

“It said, ‘Hi Charlie, I hope you’re having a nice day, my name is ‘such and such’. I work at a restaurant in ‘such and such’. I’m reaching out because we have a pretty bizarre letter in the mail today. A quick Google search of Marcel Mellish led me to the letter you received back in 2014.’”

“And then I emailed back, and I didn’t get any response back, and I immediately responded and it said that the email address is not real or something like that.”