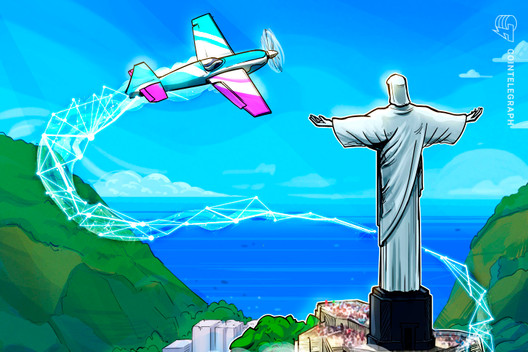 Four Brazilian financial regulators are teaming up to aggregate data using blockchain technology to streamline the screening of politicians and corporations.

The platform, dubbed PIER, was developed by Brazil’s central bank Banco Central do Brasil (BCB). The platform saw initial participation from the BCB, the Brazilian private insurance superintendent, and the local securities regulator to inform its database.

Brazil’s social security supervisor is set to soon participate in the program too. The Brazilian government is also contemplating incorporating data collected by the country’s judiciary, trade boards, and international financial bodies into the PIER system.

Daniel Bichuette, the deputy head of the BCB’s financial system organization department, describes the streamlining of inter-departmental data as “drastically reducing" the time to evaluate the financial background of an entity.

Institutions querying the PIER database are able to quickly access data "from punitive processes and restrictions from companies and administrators,” an entity’s “history of performance in the financial system” — including technical capacity and organization conduct, and “information on the participation of individuals and legal entities in the share capital and shareholding control.”

Adalberto Felinto da Cruz Júnior, the executive secretary of the central bank, described the partnership as having been a “particularly fruitful” endeavor that has paved the way for “important synergies” between the participating regulatory authorities.

Eduardo Weller, a software specialist with the BCB stated that using distributed ledger technology for PIER allows the use of “a decentralized, tested technology, whose native functionalities mean that there is no need to build the system from scratch.”

Weller emphasizes that digital signatures guarantee the “authenticity of messages exchanged"; the “integrity of data recorded,” and “eliminates a single point of failure [and] central entity that can defraud data.”

PIER has undergone roughly two years of development, having first been revealed by the central bank in June 2018.