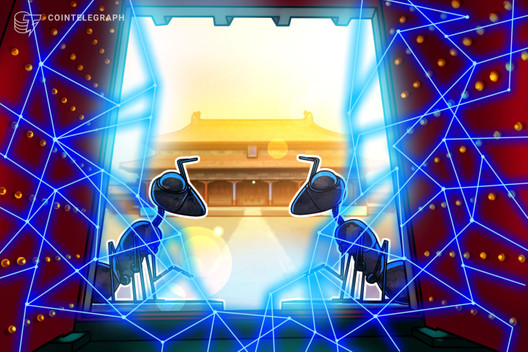 CB Insights highlighted the boost in China’s blockchain-related deals and the decrease in U.S. investments.

The research document, titled The Blockchain Report 2020, was published on March 11. It highlights that in 2015, deals from US-based companies accounted for 51% of Blockchain tech growth. Comparatively China-based companies represented only 2%. However, the balance has now tipped in China’s favor.

Data indicates that in 2019, the percentage of deals enacted by U.S. startups fell to 31%. During the same year, China’s market share grew to 22%, thus consolidating itself within the blockchain sphere.

Speaking with Cointelegraph, Tomer Weiss, co-founder and head of partnerships at Upright, explained the following:

“I think that China sees the potential of blockchain for enterprises to understand better, track and get an insight about the financial activity of individuals and business since the announcement of Xi [Jinping] about blockchain, there are a lot of investments.”

Referencing blockchain, China’s president, Xi Jinping, called on the country to accelerate its adoption of such technology as a core for innovation during a speech on October 24, 2019. President Xi issued the following comments to the Politburo Committee session, which discussed blockchain technology trends:

“We must take blockchain as an important breakthrough for independent innovation of core technologies, clarify the main directions, increase investment, focus on a number of key technologies, and accelerate the development of blockchain and industrial innovation.”

Less interest in DeFi and crypto funding in China

Weiss clarifies that most of China’s blockchain-related investments are directed towards enterprise implementations and government infrastructure. Considerably less money is going towards developing customer-facing DeFi solutions.

“Investors think that maybe it’s not the right timing to bet on DApps, wallet or DeFi - and regulation indeed is a major reason for that.”

Other highlights from the research

The CB Insights report also concludes that Bitcoin continues to behave like a risk-on asset and is therefore not yet a feasible store of value.

However, despite the recent market sell-off, the research ensures that companies will continue to build and launch products which benefit the maturing blockchain ecosystem.