Blockchain Is Not a Panacea for Finance, Says Russian Bank Official 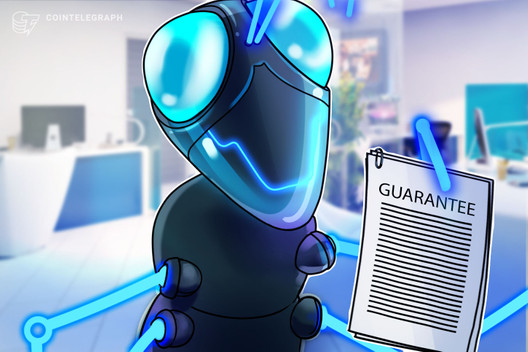 The CBR’s first deputy governor has said that blockchain has found application in letters of credit and guarantees, but has not yet become a "universal solution."

The Central Bank of Russia’s (CBR) first deputy governor has said that blockchain technology is not the "universal solution," many promised it would be five years ago.

In an interview with Euromoney on April 2, Olga Skorobogatova took a deep dive into the bank’s initiatives, sandboxes, and experiences with blockchain deployment.

Following three years of experimenting with the Masterchain platform — a local blockchain-based network for transferring valuable financial data like mortgage accounting — Skorobogatova said, “Blockchain is a great fit for things like letters of credit and guarantees because it is essentially a technology of trust.”

However, she further added that blockchain is not the cure-all that many believed it would be:

“I remember being told by some tech companies back then: ‘Olga, in five years everything will be powered by blockchain, there will be no other technologies.' I responded that this technology would work in cases when it would create additional value but not as a substitution for everything. Time has proven me right.”

But what about cryptocurrencies?

Skorobogatova said she does not believe in cryptocurrencies as a means of payment as they pose major risks for customers. She noted cryptocurrencies’ high volatility, lack of guarantee for savings, and usage in money laundering as major threats.

The deputy governor noted that the central bank is in talks with other regulators on the issue of global stablecoins, stating that, at this point, stablecoins raise more questions than answers.

The CBR has flirted with the idea of a national digital currency, which Skorobogatova questions as well:

“For me, the big question is if there is any added value in using central bank digital currencies (CBDCs) – for the economy, for individuals and for businesses. Clearly, people want fast digital payments, but this can be implemented with a national fast payments platform. What can CBDCs bring to the table? So far, no one in Russia or elsewhere has been able to give a convincing answer or even to explain the difference between electronic payments and CBDCs.”

Meanwhile, Russia has postponed its bill “On Digital Financial Assets” yet again. Anatoly Aksakov, chairman of the Russian State Duma Committee on Financial Markets and chairman of the National Banking Council at the CBR, admitted that previous delays in the bill’s adoption were caused by disagreement on the new asset type between local authorities.

Aksakov said that the central bank opposed the legalization of crypto while the State Duma advocated some crypto initiatives.

On March 24, the Ministry of Economic Development of Russia reportedly prepared a draft law that would allow the testing of cryptocurrency and blockchain developments within a special regulatory sandbox.