Bitspark Shuts Down Amid Restructuring, Coronavirus and Protests 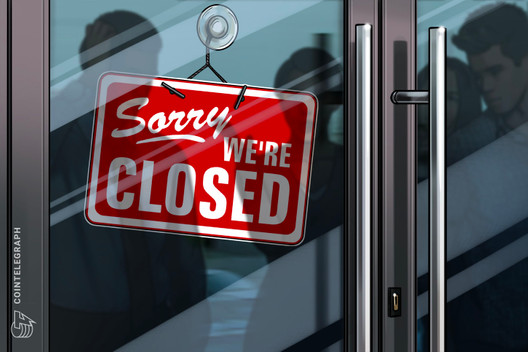 On Feb. 3, Bitspark co-founder and CEO George Harrap officially announced the platform’s plans to shut down its services on March 4, 2020.

According to the statement, Bitspark users will be able to withdraw their cryptocurrencies from Feb. 3 to March 4 as the platform’s functionality will stay intact over the period. After March 4, account logins will be disabled for a period of 90 days, with users being able to withdraw their funds via Bitspark customer support, the announcement reads.

Harrap emphasized that the firm’s abrupt closure comes despite the “excellent performance” that Bitspark has seen since the release of its new remittance service Cash Point in 2019. According to Harrap, Bitspark saw a 400% month-over-month growth after releasing the product.

Co-founded by Harrap and Maxine Ryan in 2014, Bitspark emerged as a major blockchain-powered financial services company for the Asia-Pacific region, serving countries like Vietnam, the Philippines and Indonesia.

Bitspark’s closure comes a month after its co-founder Ryan announced her intention to step down from her  position as chief operating officer. According to the official announcement, Ryan’s decision caused internal restructuring issues that have been exacerbated by the coronavirus outbreak in China as well as anti-government protests in Hong Kong, which drove Bitspark to close the firm:

“Unfortunately due to internal restructuring that hasn't worked out, and a decision taken by shareholders internally, we have made the decision to close our doors. While the HK protests and now virus epidemic haven't affected us much, it hasn't helped either.”

In a Twitter thread on Feb. 3, Ryan confirmed Bitspark’s reasons for the closure:

“What caused the closure. As of a month ago, I made the decision to step down from my position as COO of Bitspark. This naturally caused a need to restructure the company which unfortunately landed this result [...] This paired with the landscape of Hong Kong with protests and the coronavirus where Bitspark HQ is located. The team and shareholders decided this was the best way forward to prevent integrity decay of the company.”

Despite claiming that Ryan and Harrap “lost [their] dreams” as founders, Ryan still emphasized that Bitspark’s closure does not mean that the crypto and blockchain industry is in decline:

“Whether you call it #bitcoin #crypto #blockchain, this industry is an incredible one. Please do not take this as a sign of its decline as it’s stronger than ever and I cannot wait to see what its future holds.”

Bitspark conducted an initial coin offering amid the ICO hype of 2017, launching its Zephyr (ZEPH) rewards token ICO in November of that year for a project specializing in the transfer of fiat money on a blockchain.