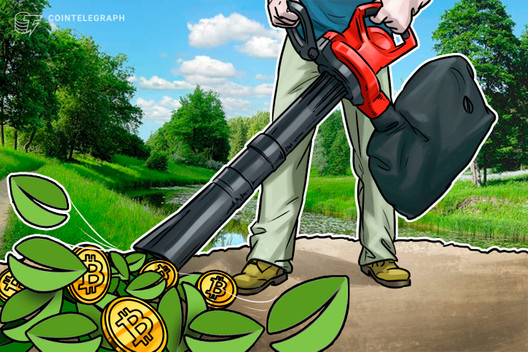 The derivatives platform for Bitfinex cryptocurrency exchange is launching a new perpetual swaps product today that enables traders to speculate on Bitcoin dominance.

The derivatives platform for Bitfinex cryptocurrency exchange is launching a new perpetual swaps product today, May 6, that enables traders to speculate on Bitcoin (BTC) dominance.

Dominance, which refers to Bitcoin’s share of the total market capitalization for all cryptocurrencies, is a measure closely eyed by many in the community — whether they be altcoin developers and traders or diehard Bitcoin maximalists.

According to data from Coin360, BTC dominance stands at close to 67% as of May 5.

Bitfinex Derivatives’ Bitcoin Dominance Perpetual Swap (BTCDOM) is ostensibly the first such contract to launch in the market. The exchange claims it is “more capital efficient and cost effective than an outright long or short futures trade, while also being less volatile.”

The latter argument is persuasive, given that Bitcoin’s share of total cryptocurrency market capitalization has varied relatively less than its spot market price. BTC dominance one year ago was a little under 58% and has remained range-bound between 60–70% since late June 2019 — with one notable flash exception on March 12, 2020.

Trading for the contract went live at 9:00 AM UTC today and remains limited to traders in eligible jurisdictions.

“Bitcoin has proven time and time again to be a safe haven for traders and it is continuing to be seen as digital gold. Since global markets crashed in March as the COVID-19 crisis took hold, we have seen a huge increase in trading volume, reaching over $2B over a 24-hour period during the crash on March 13th. We believe the demand will still be there after the halving whilst the supply will be halved.”

While its parent company, iFinex, was dealt a class action lawsuit for alleged market manipulation at the start of this year, the exchange has been continuing to broaden its offerings, unveiling staking services in early April.