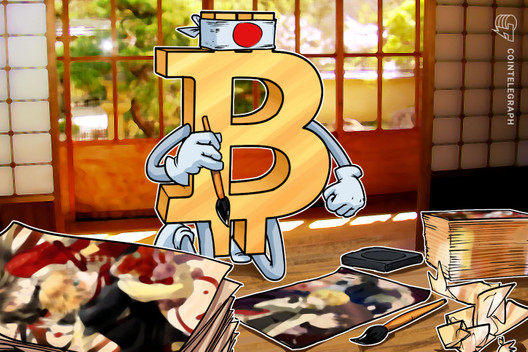 A new Bitcoin-themed manga series is set to be published amid a growing interest in crypto.

The series, titled “Genesis Code”, has already debuted in Japan. It is compiled by the Young Animal manga magazine and distributed by the Tokyo-based publisher, Hakusensha.

The publisher released a promotional video on April 28 with the front cover of the first edition. The cover shows the manga’s hero holding a coin emblazoned with the Bitcoin (BTC) logo.

The story that surrounds the manga series

According to a synopsis published by the series’ official website, the story revolves around the mystery of Bitcoin’s creation. It is set in 2009; the year Bitcoin debuted.

The plot centers on the story of Phantom Wolf, a hacker who recently suffered the death of his father, as he participates in a contest to solve the mystery of Bitcoin’s origin. The prize: 1 million BTC.

According to the publisher, if Wolf fails in his quest to solve the mystery, there will be lethal consequences.

Other participants in the adventure include a female internet live streamer, a mysterious smartphone app, and two-coworkers that will assist Wolf.

There is currently a crisis regarding the creation of new anime. The reasons behind this crisis have to do with an increase in piracy. Much of this illicit activity occurs through illegal manga sites, according to a report by Video Research Interactive.

Cryptos have been accused of helping to fuel the proliferation of pirate sites. These sites ask their users to make donations in Bitcoin or other cryptocurrencies. They also place advertisements on their websites which pay out in cryptocurrency.

Cointelegraph reported on April 20 that one of the largest advertising companies in Japan, Dentsu, has partnered with Kadokawa Ascii research labs and others to begin awarding proof of concept rewards to independent content creators, like manga, using blockchain technology.