The money printer is going brrr in the United States.

Bitcoin (BTC) may get a boost to finally clear $40,000 at the expense of the U.S. dollar as United States President Joe Biden's new $6 trillion federal spending budget proposal is unveiled.

On May 28, the United States president will announce the massive fiscal policy, the largest since the Second World War, to ensure investments in major infrastructure, education and healthcare projects, reported The New York Times on May 27.

Biden reportedly wants the federal government to spend $6 trillion in 2022. He also plans to raise the total spending to $8.2 trillion by 2031.

Biden had earlier proposed significant tax hikes on America's richest companies and individuals to fund his massive spending program. But it would take the government at least until 2030 to shrink its budget deficits, the Times reported. That means the United States would face a monumental debt burden as it borrows money to finance Biden's record proposal.

The scenario, per recent history, serves as an ideal bullish backstop for Bitcoin. The decentralized cryptocurrency rallied 1,582% from its $3,858 low in March 2020 as the U.S. government ramped up spending to unprecedented levels to combat the coronavirus pandemic.

On the other hand, the U.S. dollar strength index (DXY), which measures the greenback's strength against a basket of top foreign currencies, crashed by up to 13.38% after topping out in March 2020 amid the global market crash. 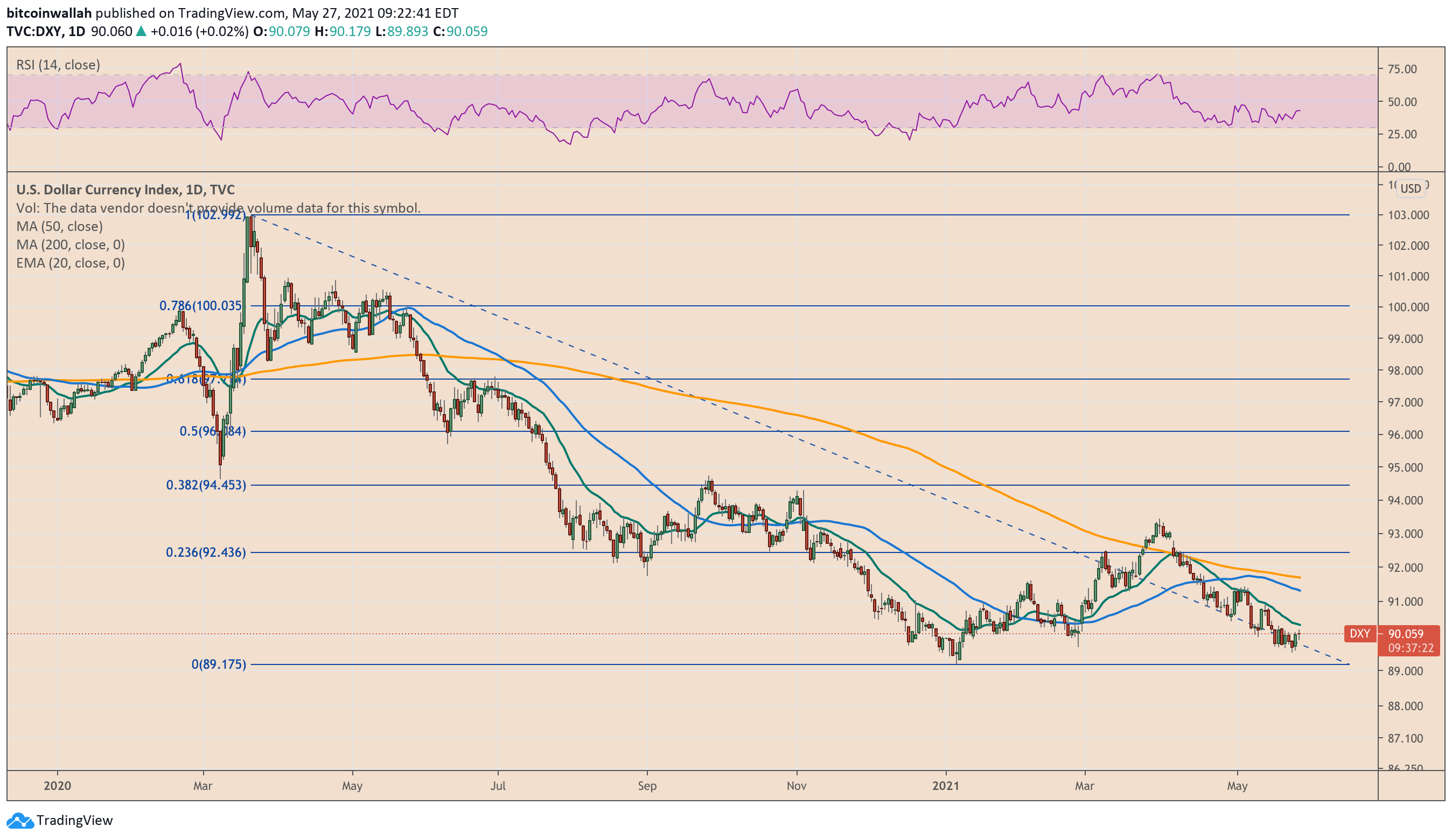 "The government is proposing to push our country further into debt while simultaneously destroying the value of our currency," Pompliano said. "Historians will write that the government accelerated the destruction of the world reserve currency as the citizens cheered them on."

Other analysts also jumped in to propose Bitcoin — with its fixed supply — as a remedy against a steepening U.S. debt curve.

Debt as a % of GDP will rise to highest levels since World War II.

#bitcoin has no top because fiat has no bottom pic.twitter.com/Zl3AygwVsB

The New York Times' coverage caused jitters during the early morning U.S. trading session, with the DXY falling by a modest 0.01% at the New York opening bell while Bitcoin reclaimed $40,000. 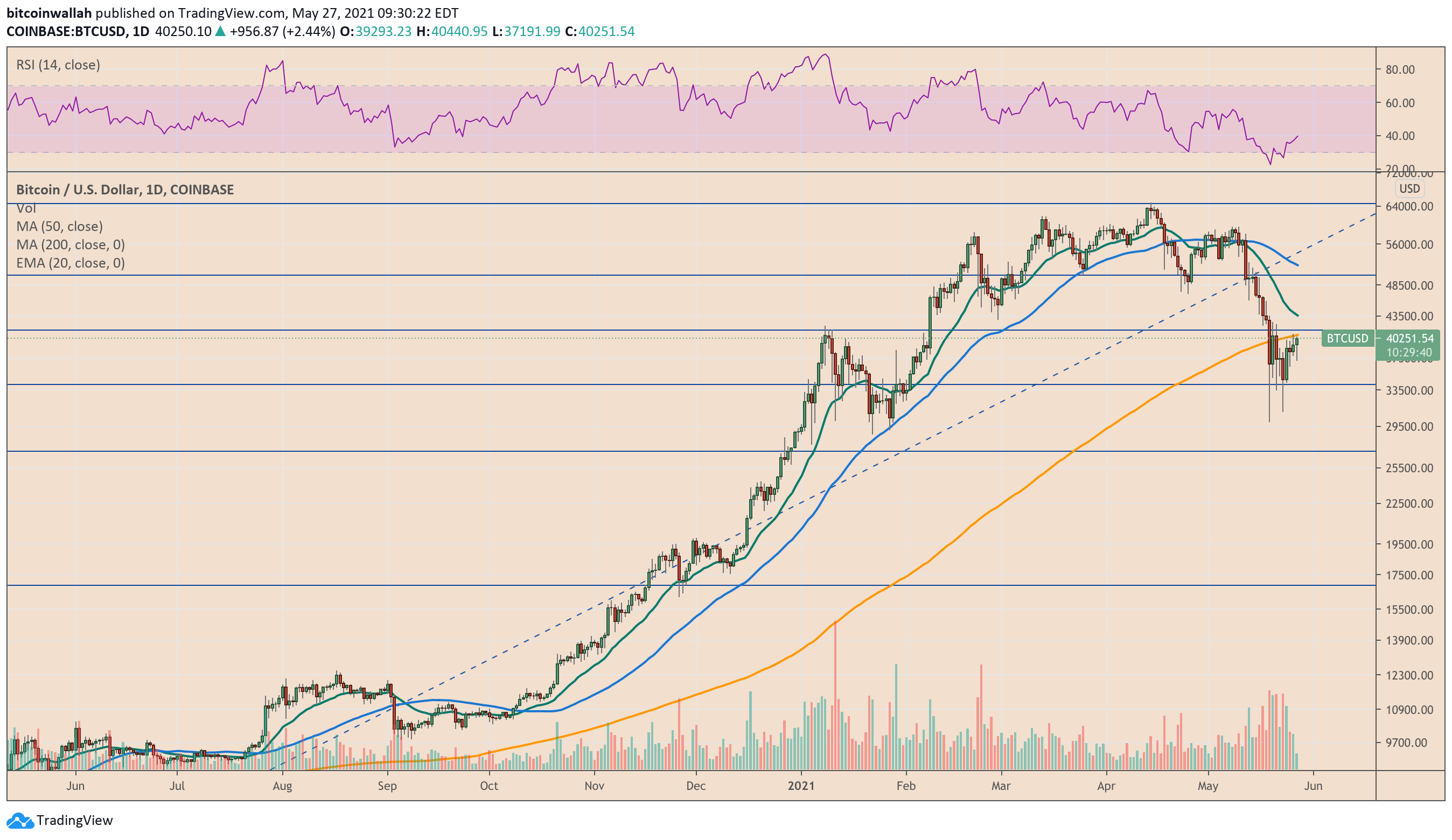 The BTC/USD exchange rate tested its 200-day simple moving average (the orange wave in the chart above) — which sits at around $40,756 — for a breakout move to the upside.

If achieved, the pair would eye a close above its 20-day exponential moving average (the green wave) — near $43,655 — to confirm its short-term bullish bias.