A return to five figures was fleeting as Bitcoin filled the largest CME futures gap ever, erasing last weekend’s 15% crash.

Bitcoin (BTC) price briefly returned to $10,000 on May 14 as a fresh spectacular bullish surge entirely canceled out its weekend crash.

Data from Cointelegraph Markets and CoinMarketCap tracked BTC/USD as it rose to retake five figures on Thursday, gaining 13% in the past 24 hours.

Resistance levels in the $9,000 corridor quickly fell as momentum built to send Bitcoin back to its position from last week.

After reaching just below $10,000, a retracement took markets to press-time levels of $9,700 within minutes. 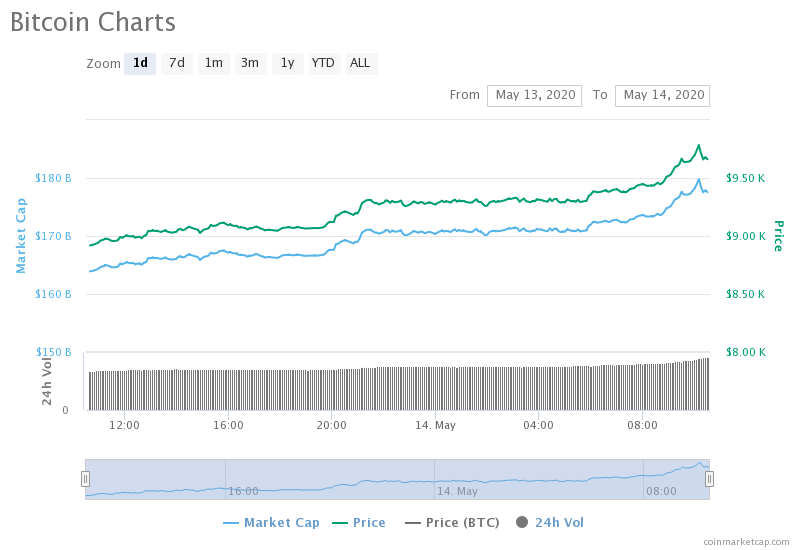 As Cointelegraph reported earlier, the moves are independent of other macro assets, indicating that Bitcoin is increasingly “decoupling” from external market influences.

Analyst: ‘No post-halving dump’ on the horizon 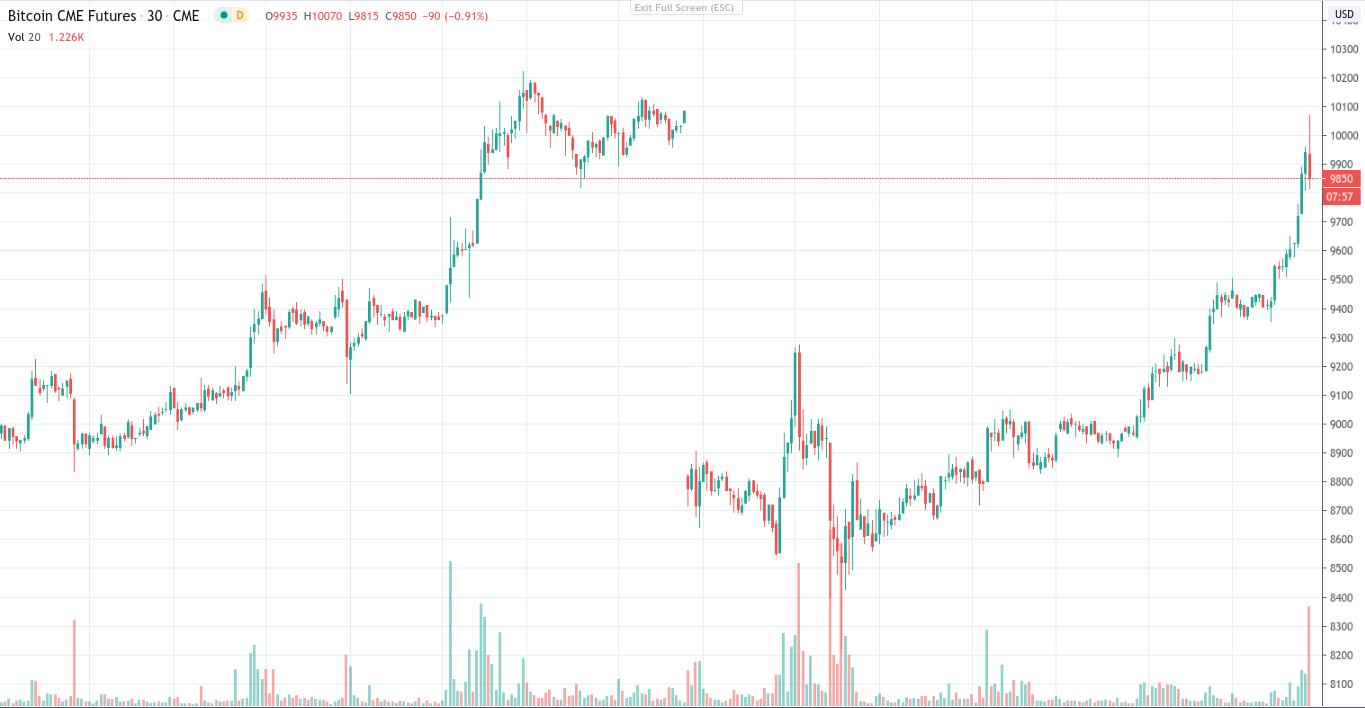 A regular event for BTC/USD, the price maneuvering to cover gaps between weekly trading sessions was the likely culprit for volatility on the day.

No post-halving dump. The dump occurred before the halving. Bitcoin could be in a bull market.