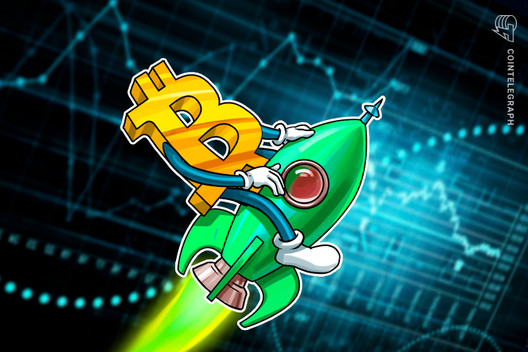 The world will be “nasty” if Bitcoin hits stock-to-flow’s predictions of $288,000 and higher, PlanB warns, as governments will fight for it.

Speaking on the latest edition of the Stephan Livera podcast on May 5, PlanB warned about the implications of his Bitcoin bull scenario.

For PlanB, despite the obvious satisfaction of BTC/USD increasing by an order of magnitude in line with stock-to-flow, the result would not be without its problems.

Bitcoin stock-to-flow chart as of May 6, 2020. Source: PlanB/ Digitalik

A new model if stock-to-flow breaks down

Contrary to what he perceives as the expectations of some, PlanB added that should the model break, he would remain a social media presence.

“That’s not the case; I’ll stay then, because we’ll need a different model,” he explained.

Critics continue to line up to pour scorn on stock-to-flow. As Cointelegraph reported, they include Bitfinex Bitcoin whale J0E007, Vitalik Buterin and others.

PlanB has argued that those attempting to discredit the model have failed to come up with evidence or an alternative theory which is demonstrably accurate.

In five days’ time, the third Bitcoin block subsidy halving — a key milestone in the stock-to-flow timeline to $288,000 and higher — will become reality.