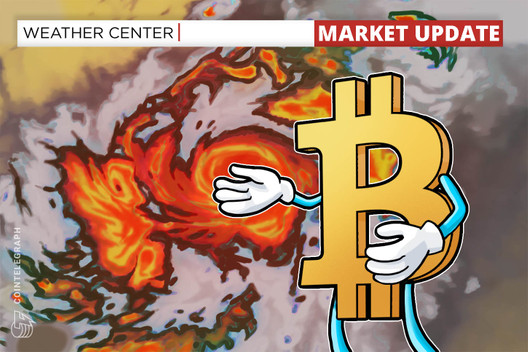 Bitcoin (BTC) suddenly fell another 7% on March 16 as a new week opened with fresh coronavirus turmoil across global markets.

As Cointelegraph reported, reactions to unprecedented stimulus measures by the United States Federal Reserve appeared mixed. An interest rate cut to near zero underscored the Fed’s own concerns, commentators suggested, while a giant liquidity injection failed to boost stock markets.

At the same time, they added, such incentives to make consumers spend would prove less popular due to coronavirus shutting down stores and other services in many countries.

As both stocks and Bitcoin appeared to gear up for a second “Black Monday” in a row, traders drew distinct lines between its short and long-term perspectives.

“Bitcoin and other crypto’s are behaving like just about every asset class right now; asset liquidations for position covering and flight to USD, the latter of which is looking an increasingly questionable safety route in itself,” Cointelegraph Markets analyst filbfilb explained in private comments.

“This doesn’t mean Bitcoin doesn’t have its time to shine, it was literally designed to be anti inflationary and we are very much heading towards a big inflation risk, but history tells us that the position unwinding and flight to safety needs to unwind before that happens.”

Previously, veteran trader Tone Vays had warned that Bitcoin could well face another trip below the $5,000 in a final spate of “pain” for markets.

In a tweet on Monday, he warned that the current downward trajectory could take BTC/USD 50% lower, but not at the pace seen last week.

“Today is a critical Day for #bitcoin, at the moment we are looking at a new Daily Low Close. This is Bearish,” he wrote.

Derivatives giant BitMEX meanwhile continued to face scrutiny after many investors argued that its technical problems contributed to Bitcoin’s crash to $3,600 on March 12. Executives promised to release a full digest of the events in the coming days.